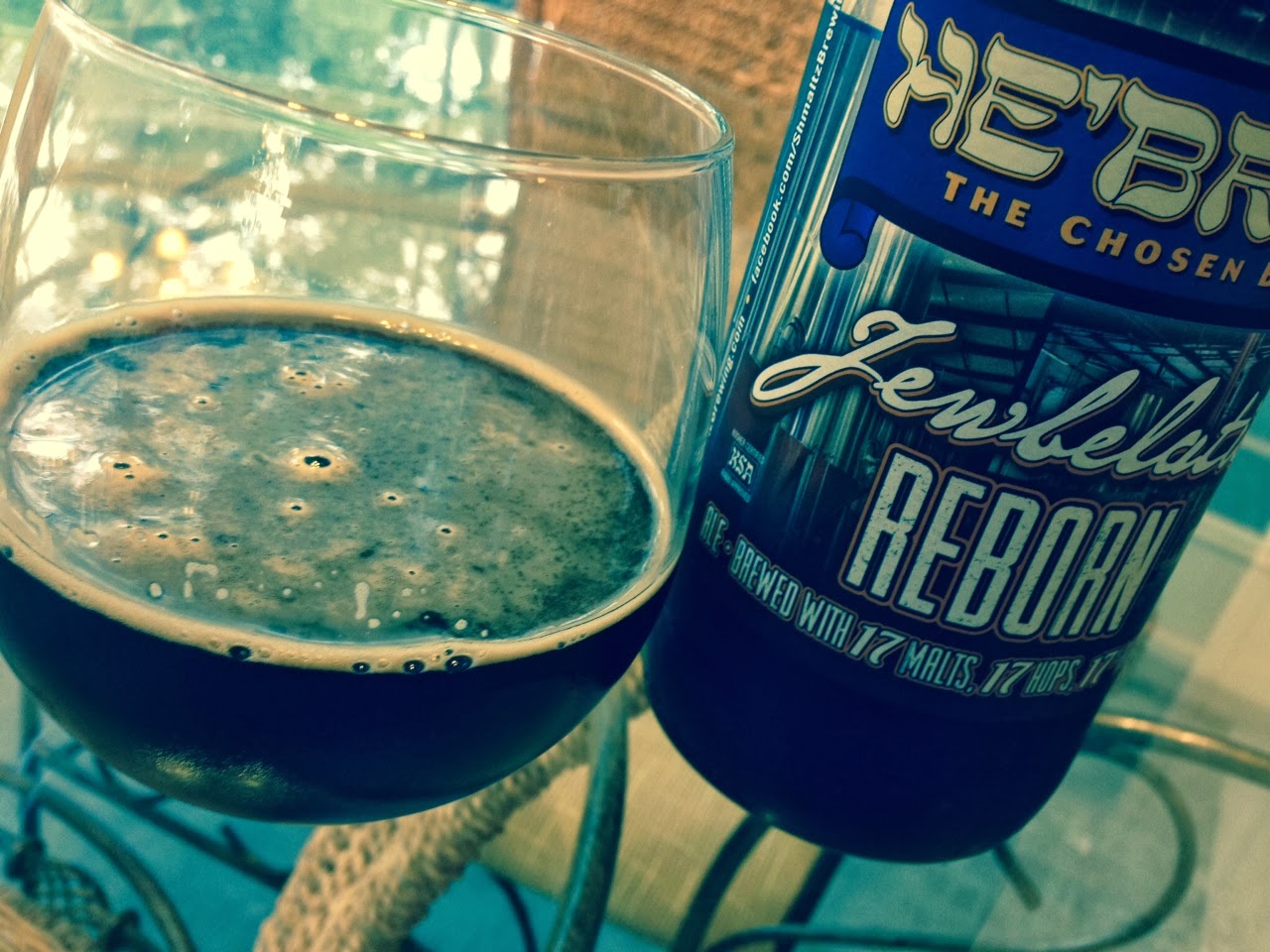 Jewbelation Reborn is Shmaltz's 17th anniversary ale. At a whopping 17%, Reborn is not for casual drinking. It is a beer one should be intentional with, allowing the 17 different hops and 17 different malts to dance on the palate to a slow and methodical tasting waltz.

The commercial description provides some additional context around this celebratory ale. Here's what Shmaltz has to say about Reborn:


How could we hope to top last year’s Jewbelation Sweet 16 with its cupcakes, unicorns, & Satan’s Ferrari birthday cake? massive challenge. So for Year 17, we threw in a whole new dimension to our shtick – we built our very own brewery! After 17 years of contract brewing, our first Shmaltz Clifton Park batch emerged 17 months after the first draft of the business plan. Coincidence? Renaissance means “Re-birth” in French & Italian. In Buddhism, the concept does not truly translate as “reincarnation” but instead as “becoming,” or a “stream of consciousness.” 11 syllables structure a haiku. Shakespeare penned 17 comedies. In The Simpsons episode “Duffness” Homer sings “When I was 17″ about buying his first beer with a fake I.D. “I drank some very good beer. I stayed up listening to Queen, When I was 17.” In The Office, Dwight recites Rule 17 that all Schrute boys must learn: “Don’t turn your back on bears, men you have wronged, or the dominant turkey during mating season.” Knowledge and growth come in many forms. It is taught that Nirvana is only attained when the soul transcends cycles of rebirth. Looks like Shmaftz just isn’t there yet. So with 17 malts, 17 hops, and 17% abv,JEWBEL4TIONREBORNserves as another mark of our death as a contract brewer and proof of our conversion to a new life as brewery owner…… L’Chaim!!!

Appearance: Pours a very dark brown in color with an off-white head that forms along the ring of the glass.

Taste: Raisins and bourbon flavors come flying out of the gate. There's an immediate sweetness with this beer; sweet chocolate, vanilla, and toffee. The flavors are layered though, and this is a complex beer. With each sip, I pick up a new flavor and dive deeper into the many layers that come with this beer. The finish is boozy and mildly funky. 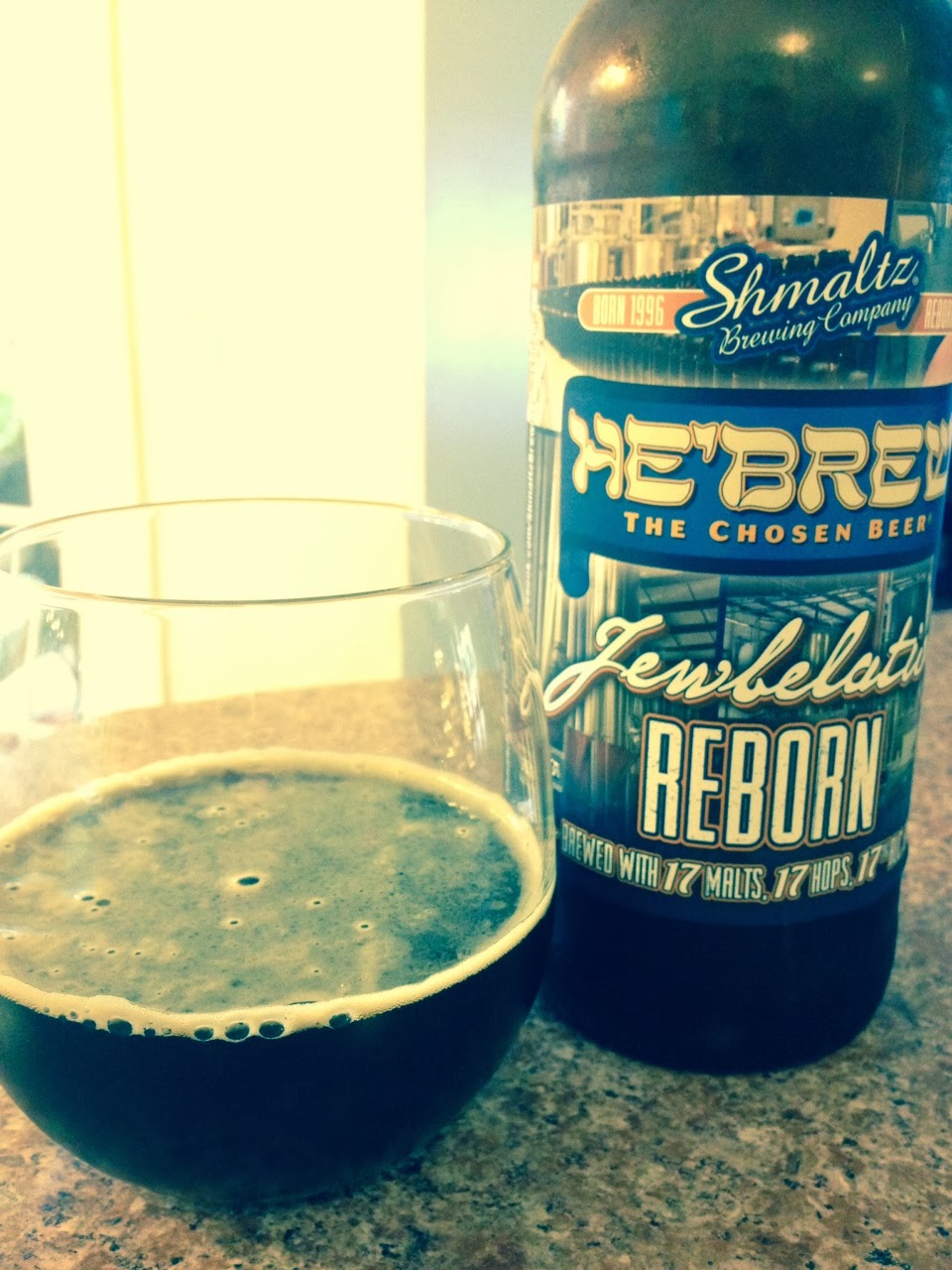 Mouthfeel: Low carbonation and a syrupy profile makes this a big and full-bodied beer. Almost creamy in texture. But definitely lots of syrup.

Overall: Jewbelation Reborn is a symphony of flavors. I guess that's what you get with 17 hops, 17 malts, and lots of booze. At times, this beer can seem a bit disjointed and all over the place, but not at the detriment of good flavor. Reborn is good with potential to be great. As with many beers of this stature, time will likely be a good thing and allow the flavors to balance and find harmony. The various malt layers and waves of sweetness will eventually settle into something more consistent on the palate. Reborn is enjoyable now, but the ceiling his high. It'll only get better.