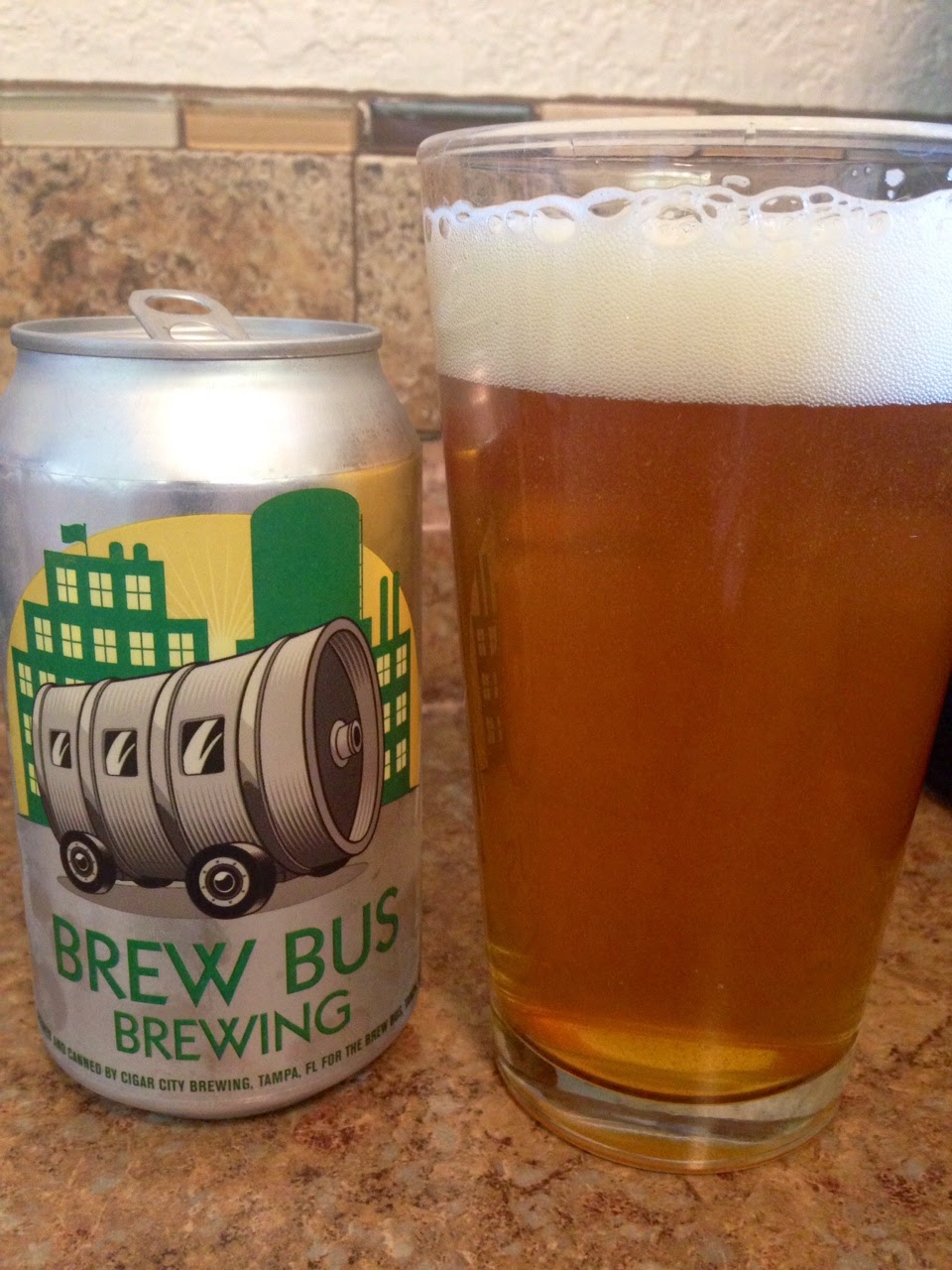 Brew Bus Brewing originally started out as a Craft Beer Bus tour in Tampa. The Brew Bus was designed to be the ultimate experience for craft beer fans: a city-wide brewery tour aboard a bus fully stocked with craft beer!

The Brew Bus eventually partnered with Cigar City and now brews their own craft beer, thanks to the facilities and space provided by Cigar City. 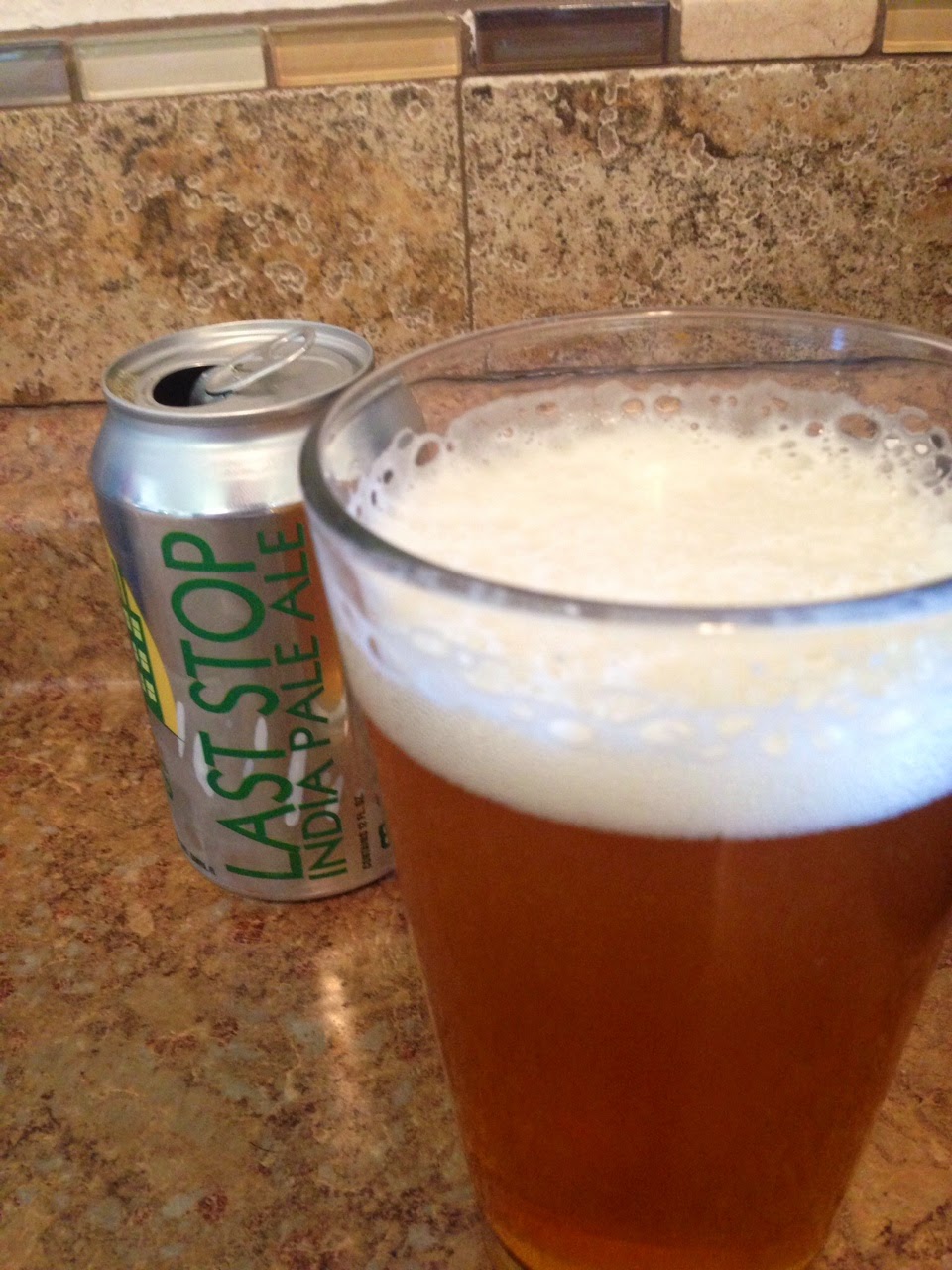 Having never had anything from Brew Bus Brewing, I came across Last Stop IPA and, without hesitation, grabbed a six pack.

Appearance: The fun and light-hearted can design touts this as a "crushable IPA" that's "sure to be a crowd pleaser." The beer pours a clouded gold color with a thick white head.

Aroma: The citrus is bright and vibrant on the nose. Very refreshing aroma. Grapefruit, pine, and a light malt sweetness.

'Crushable' is an accurate adjective to describe the drinkability of this IPA. It's incredibly easy and enjoyable. I enjoyed Last Stop IPA's approachability and refreshing qualities. The citrusy hops are balanced nicely by the malt and biscuity backbone. Last stop has a creamier body, which also works to cut some of the citrus. This isn't going to blow hop heads away, bit it's a nice IPA that brings balanced flavors and a palatable citrus profile. 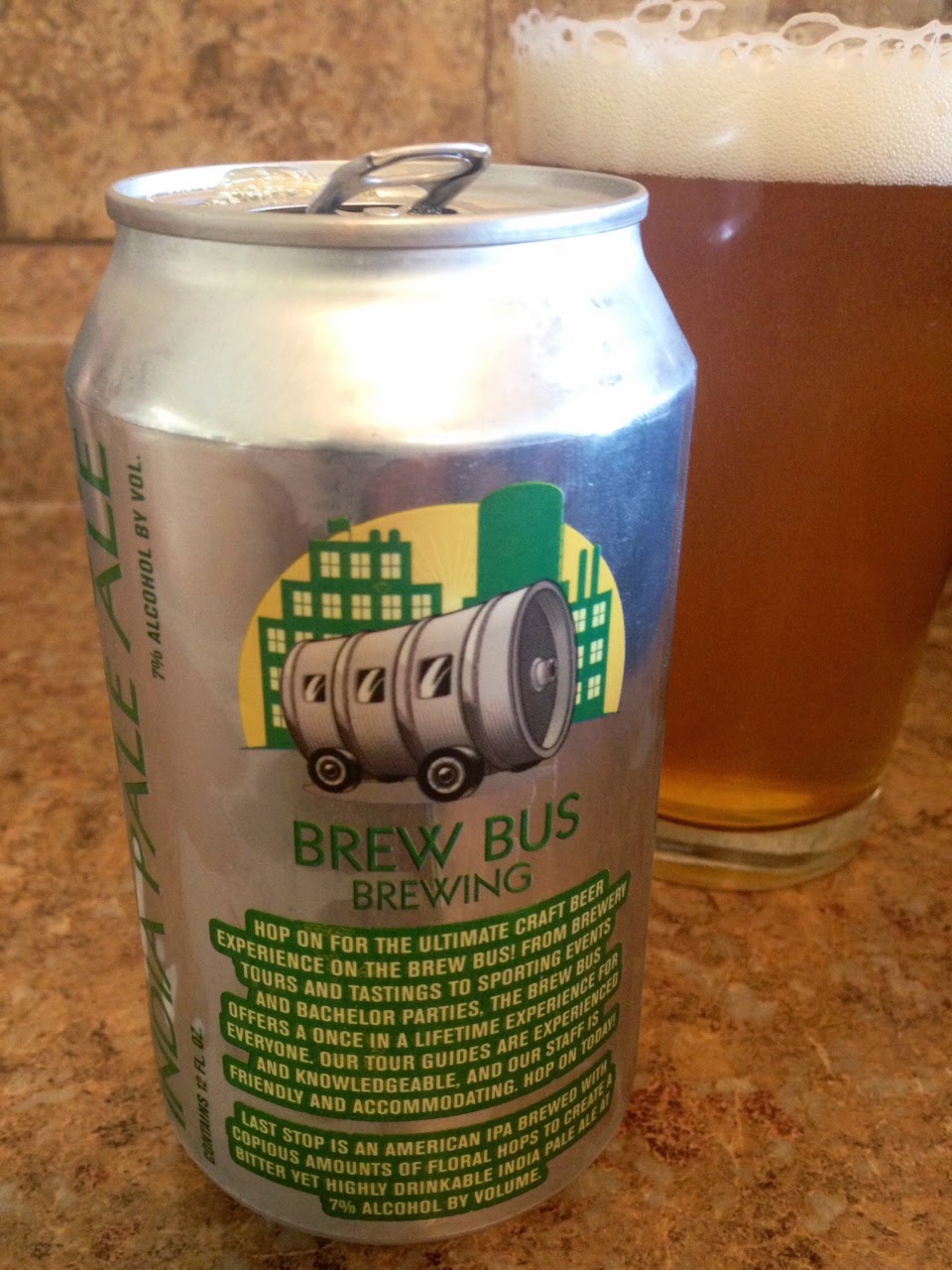 Thanks for reading the Beer Apostle and for supporting craft beer! Join in on the discussion by following me on Twitter and Facebook! Cheers!
at 2:30 PM