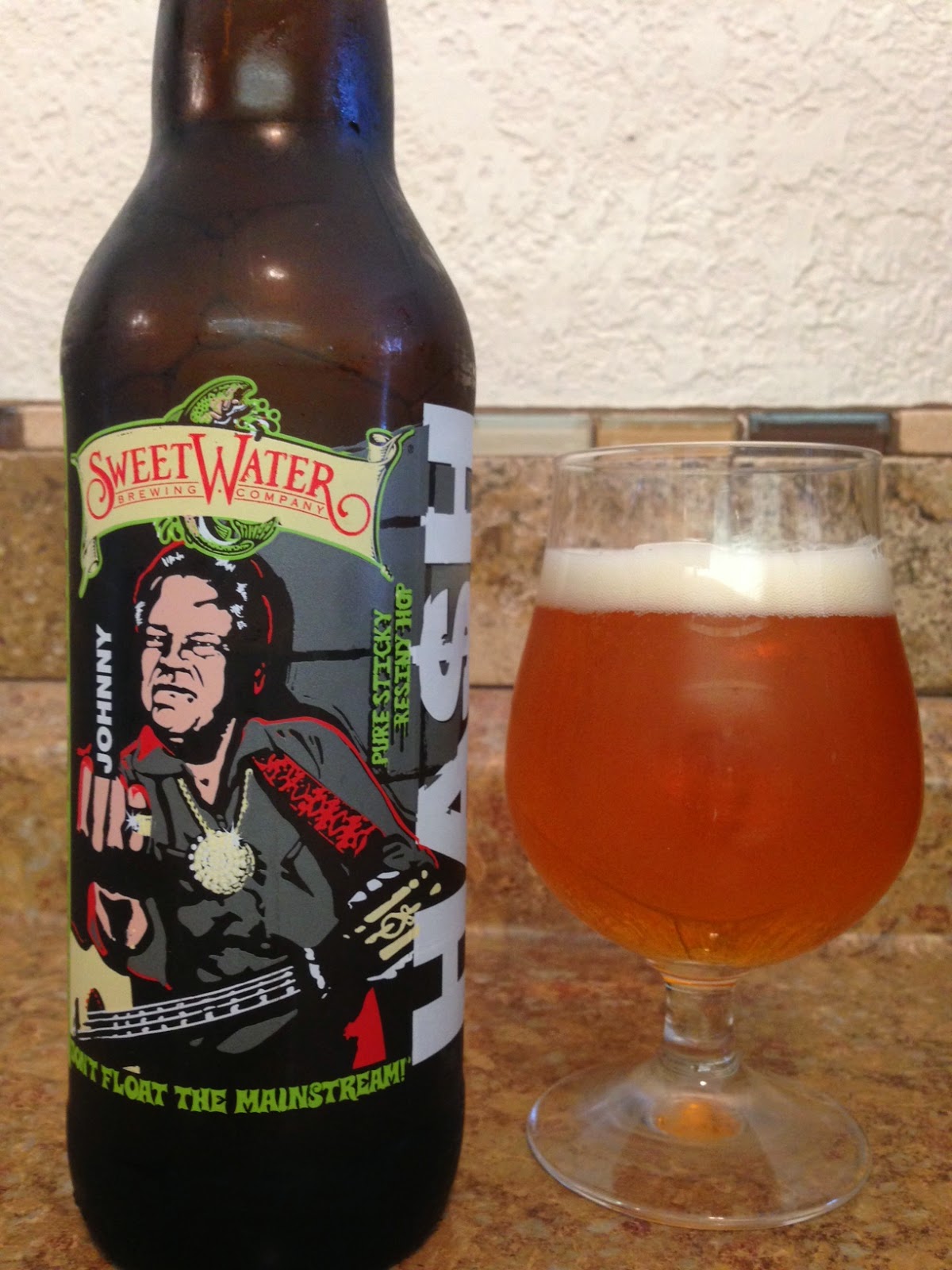 I am excited about this review for two reasons: 1) I have heard nothing but great things about this brew, and 2) this will be the first review in which I assign an actual rating/grade to my post. You will be able to quickly glance at the grade I assign each beer at the top of each review. Thanks for all your feedback. I hope this helps you gain a better sense of how "good" or "bad" I think each beer is.

Johnny Hash is brewed with a literal "hash" of hops. This concentrated amount of Citra hops are hashed together (just like you would a potato hash for breakfast), which theoretically creates a purer tasting hop profile.

According to the commercial description on the bottle,


This super concentrated hash is pure hop lupulin (ya know-the hop kief-the good stuff!) and will play a resinous riff with the pilsner, 2 row and wheat malt used to back up the man in black! With Amarillo on the drums setting the bitterness beat, Citra hash takes the mic in the whirlpool, packing a sticky aromatic punch with potent lyrics creating a heavy hop forward set worthy of a July Carter finger dip.


Enough talking about it. Let's get to the hash, shall we?

Appearance: In typical fashion, Sweetwater has catchy artwork on the label. There's a cartoonish caricature of Johnny Cash who seems to be giving "the bird" to the world. The beer itself is a clear golden color with tints of amber. All-in-all, this is a beautiful looking beer. 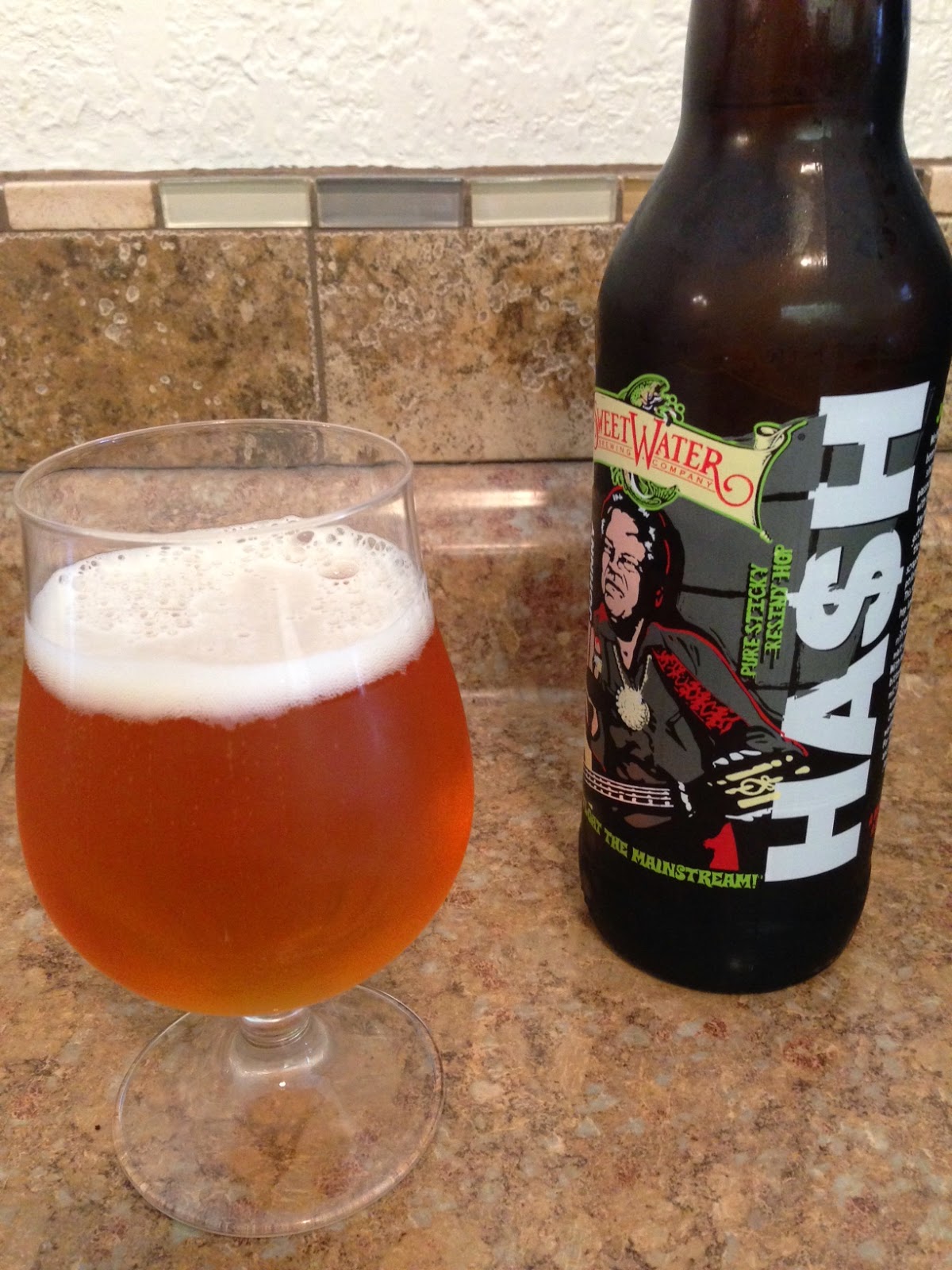 Aroma: Citrus and pine are the first two aromatics that I am able to identify, followed by a hint of honey and booze.

Taste: Sweet fruit notes, maybe even tropical in flavor. The first impression is borderline candy-like. I get pineapple, passion fruit, and mango notes. The initial fruit flavors are followed by some of the resiny/piney bitter notes from the Citra hops. The malt flavors are actually more noticeable on the front of the palate, which is a really nice change. The finish includes lingering resin notes with some spice notes (minty even). As the beer warms, the spicy aftertaste becomes much more apparent, but it is never over the top.

Overall: Johnny Hash, hands down, my favorite beer of the Dank Tank series. I thoroughly enjoyed this one. The Fruity flavors are well balanced with some pine notes and a mild honey-like malt sweetness. This is an all-around-well-executed beer.

Thanks for reading the Beer Apostle and for supporting craft beer! Join in on the discussion by following me on Twitter and Facebook! Cheers!
at 6:01 PM