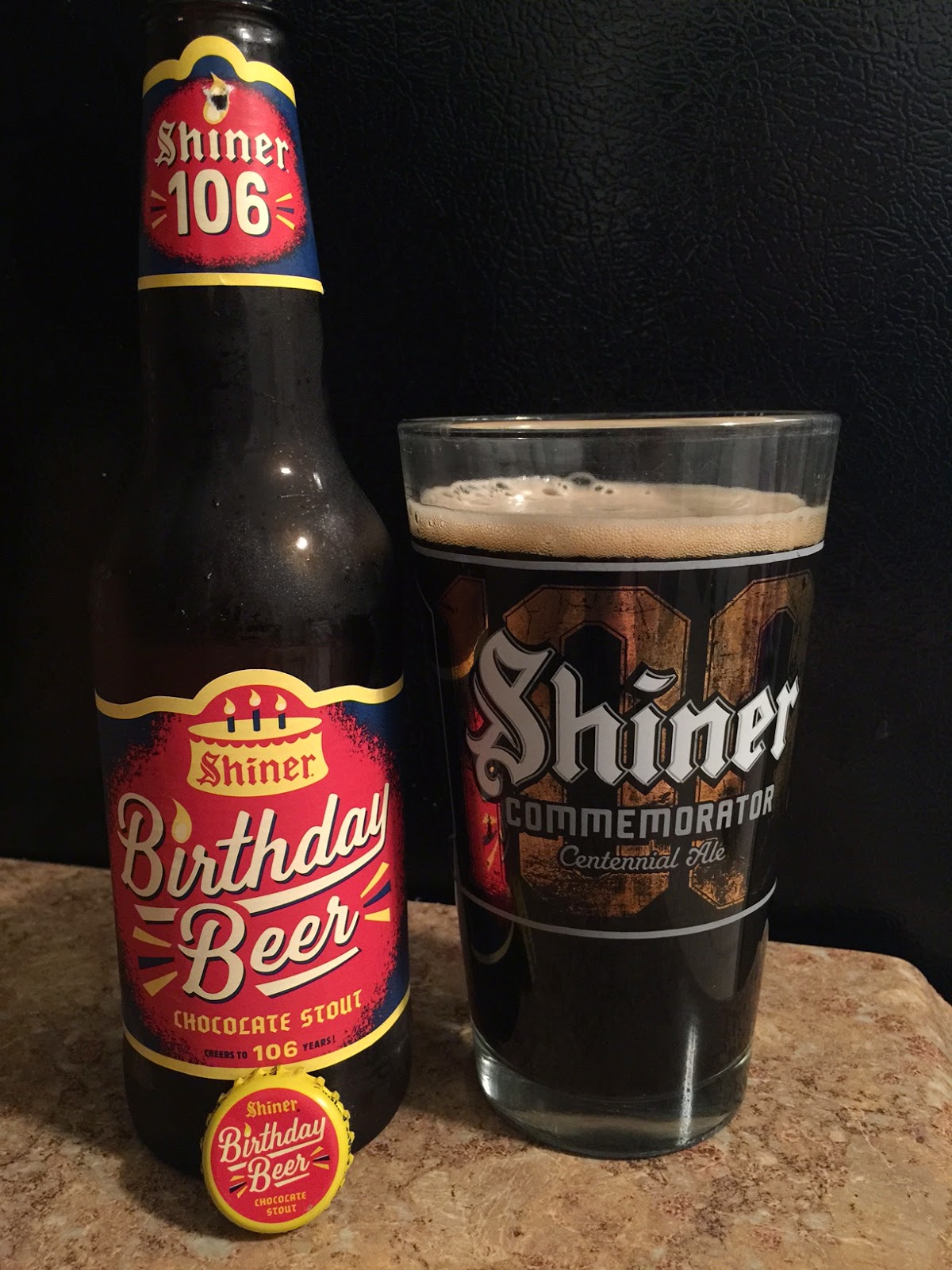 Each year, the Spoetzl Brewery produces a new brew to commemorate it's birthday. This year, for its 106th birthday, Shiner brewed itself a cake. Sort of. Birthday Beer Chocolate Stout is brewed with real cocoa and made to be sweet and decadent. It's a different direction from the German-inspired brews that Shiner typically produces, and I like that they've had a little fun with this year's anniversary brew. 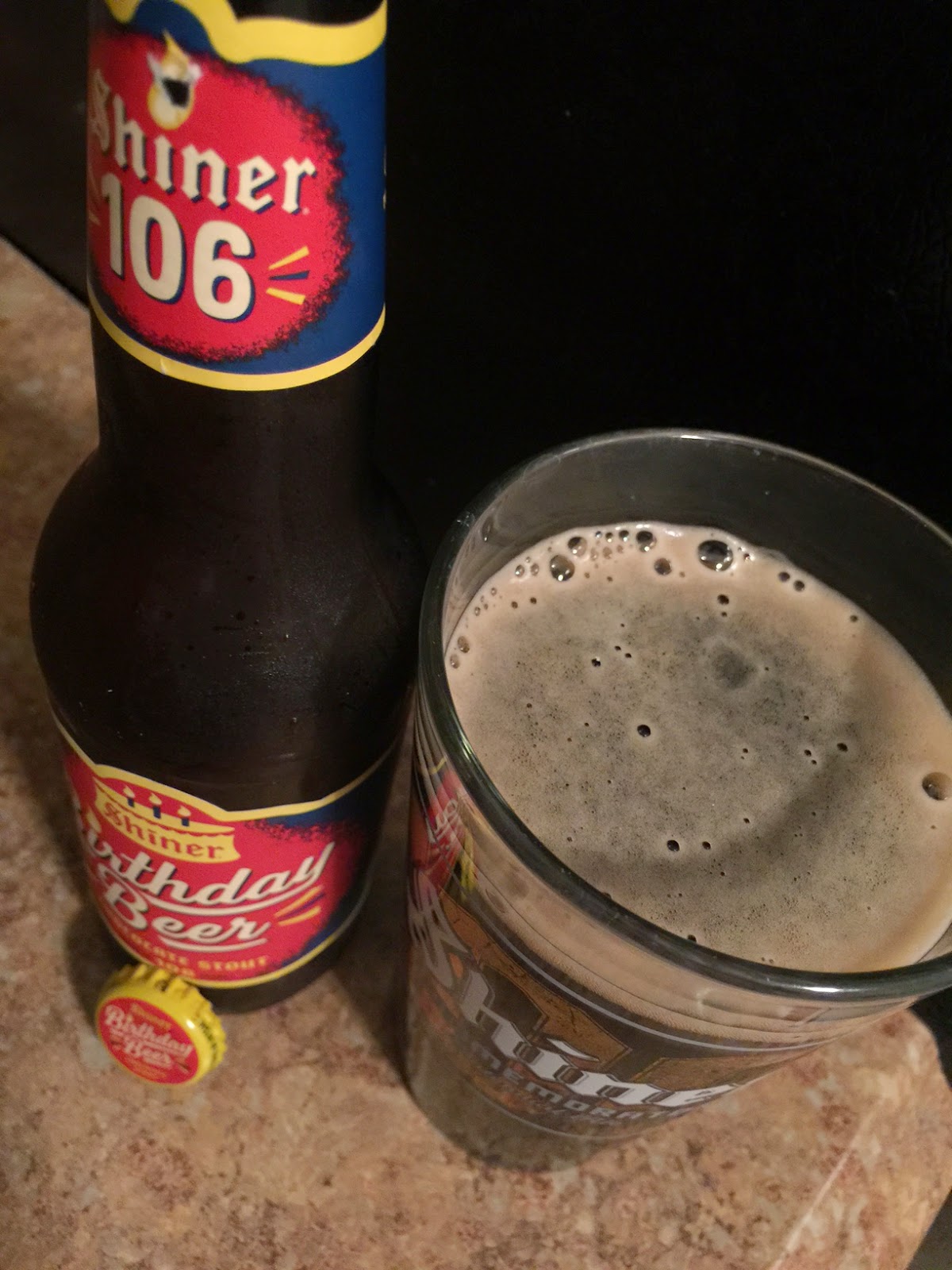 Aroma: There's an interesting nose on this beer. I get a lot of chocolate at first, but then I begin to pick up some bready yeast aromas on the back end. The chocolate smells very sweet, almost like chocolate syrup or frosting.

Taste: This is definitely a dessert beer! Sweet milk chocolate and sugary goodness jump out on the front of the palate. Cake batter and chocolate frosting also comes to mind. Beyond the initial burst of sugar, the flavor dries out just slightly. Again, I pick up bread on the finish, which I tend to enjoy. It helps to cut the sweetness of this stout a tad.

Overall: If there's ever a beer to replace the ol' cake at the next birthday bash, this is it. It's enjoyably sweet and has a drinkable body. However, as someone who doesn't really love cake and sweets all that much, this isn't a beer I would want to keep drinking. It's definitely worth trying, and I found the beer to be quite tasty, but one and done is good enough for me.

To see more from the Beer Apostle, be sure to check out the Archives section! Have questions or feedback, contact us and share your thoughts! And don't forget to join in on the discussion by following  on Twitter and Facebook!