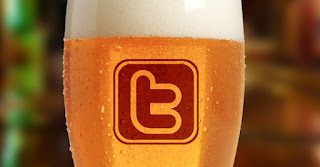 Last night I met a few people out at a couple local brewpubs in Jacksonville Beach. Sounds like a typical night, right? The interesting thing about last night is that I was meeting people for the first time; people whom I have never met; people from various locations across the State of Florida; No, this wasn't some sort of weird online dating event. This was purely a social get together with a bunch of beer geeks who share a common interest, made possible by Twitter.

Twitter has connected me with people who I would otherwise probably never meet. And this got me thinking about how amazingly unique it is to commonly meet absolute strangers and know you share a common interest or hobby before you ever shake hands.

When I moved to Jacksonville in June 2012, I was still fairly new to Twitter. I only had 67 followers, most of whom were colleagues and beer nerds in Houston. Once I got to Florida, I did a simple Twitter search: "Craft beer AND Florida." Through this search, I discovered two Twitter handles: @SuwanneeRefugee and @Floribrew. I read their profiles, read their blogs, and most importantly, saw that they also loved craft beer! I immediately followed their Twitter feeds and though they had no clue who I was, they followed me in return (a common courtesy in the Twitter world). 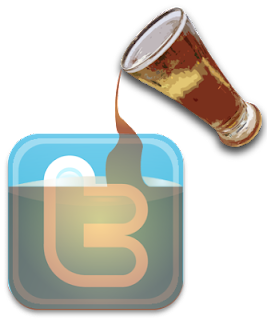 Twitter feeds act as spiderwebs that connect various users to other users--many times complete strangers--based on common themes and interests. In six months, my network of followers on Twitter has exploded and I have met several people from the Sunshine State who, like me, have turned their hobby into a way of life. At some point last night I realized how amazing it was that I was sitting at a table among complete strangers and yet it felt as though we had all known each other for years. Everyone shared bits about their past, their passions, and of course, their love for craft beer. Some brought their homebrew while others shared bottles from their favorite breweries.

In what other setting does this happen? When else do people feel comfortable sitting at the same table with utter strangers? Even better was the fact that by the end of the night, there were no strangers among us. Only friends.

I heard this saying once and think it's an appropriate way to describe the Twitter culture: Facebook is all the people you know and can't stand and Twitter is all the people you don't know and wish you did. I'd say that's pretty accurate; however, I am glad that I got to meet some of those Twitterfolk last night.