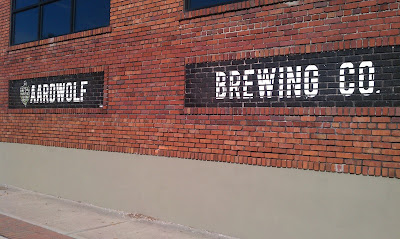 Aardwolf Brewery officially opened their doors for the first time on Friday March 22 and launched a grand opening celebration that was well received by the community. Hundreds packed the taproom to check out the newest addition to Jacksonville's expanding beer community. And yours truly was there to check 'em out as well! 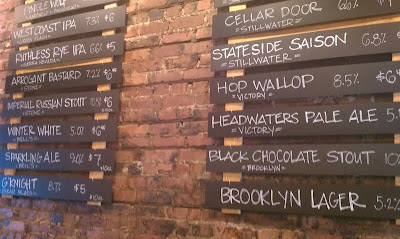 Unfortunately, the beer list didn't actually include any exclusive brews from Aardwolf, but they did have three collaboration items to offer: Seawolf (Aardwolf/Green Room Brewery), Aard-Tuition (Aardwolf/Intuition), and Pingle Wolf (Aardolf/Pinglehead). The rest of their beer menu consisted of quality guest taps from breweries like Bell's, Stillwater, Stone, and St. Somewhere. 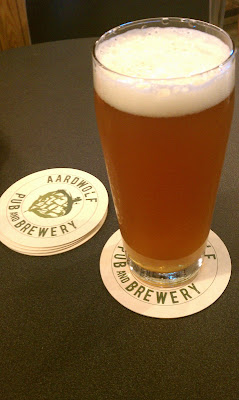 The whole vibe of Aardwolf is great and fits the San Marco-hipster culture that exists in that neighborhood. The building is full of exposed brick that's nicely accessorized by custom wood-work and industrial materials in the taproom.

The beers I had were nice. I tasted each of the collabs, and preferred the Seawolf and Aard-Tution over the Pingle Wolf, but I enjoyed all three. 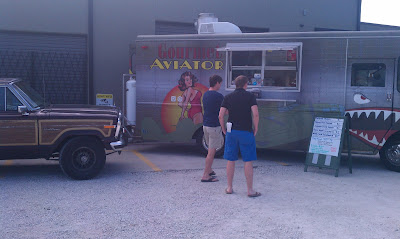 For their grand opening, Aardwolf wisely chose to have a few food trucks park outside. I enjoyed a deliciously filling "Super Bowl" from Gourmet Aviator. This dish is a heaping pile of pulled pork over bourbon-glazed fries covered in slaw with spicy mayo. I literally couldn't eat anything else after that. 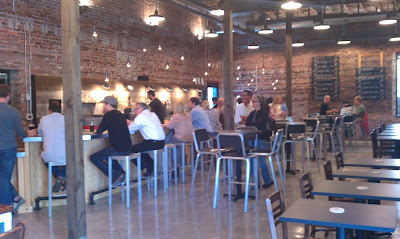 Like any opening, there were a few hiccups that I hope they figure out soon. First, the wait times were insane (I chalk this one up to the fact that people came in herds to check out the new kid on the block. I expect wait times to be more manageable once the excitement dies down a bit). Still, I waited at least 15 minutes just to reach the bar to order my beer. And by the time I was ready to close my tab, that wait time grew by another 10 minutes.

While the wait time was largely affected by the amount of people ordering beers, I did notice that a few of the bartenders were contributing to the poor service. It was quite obvious that many of the workers were new to bartending and beer pouring. In general, the bartenders weren't exactly moving at the pace you'd expect given the 60 or so people at the bar waiting to order. I also noticed that their system went down at some point and servers had to keep track of tabs by paper. And then a personal peeve--I saw several pints go out where half the glass was just head. Don't get me wrong, I am a man who likes head, but it's got to be proportionate and certainly shouldn't be half of the pint I am paying for. 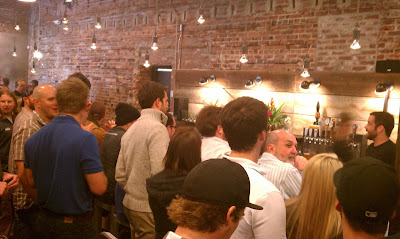 Overall, my experience was positive and I am excited to come back when they've got some of their own beers ready to serve. I love the excitement that Aardwolf has brought which only confirms that Jax is truly becoming a beer-loving city. I really like the location they selected; with Riverside becoming the beer mecca for Jacksonville, it's nice to have a brewery open on the other side of the river. Not to mention it's a short two minute drive from my office downtown...so I might become a regular in no time.
at 6:06 PM