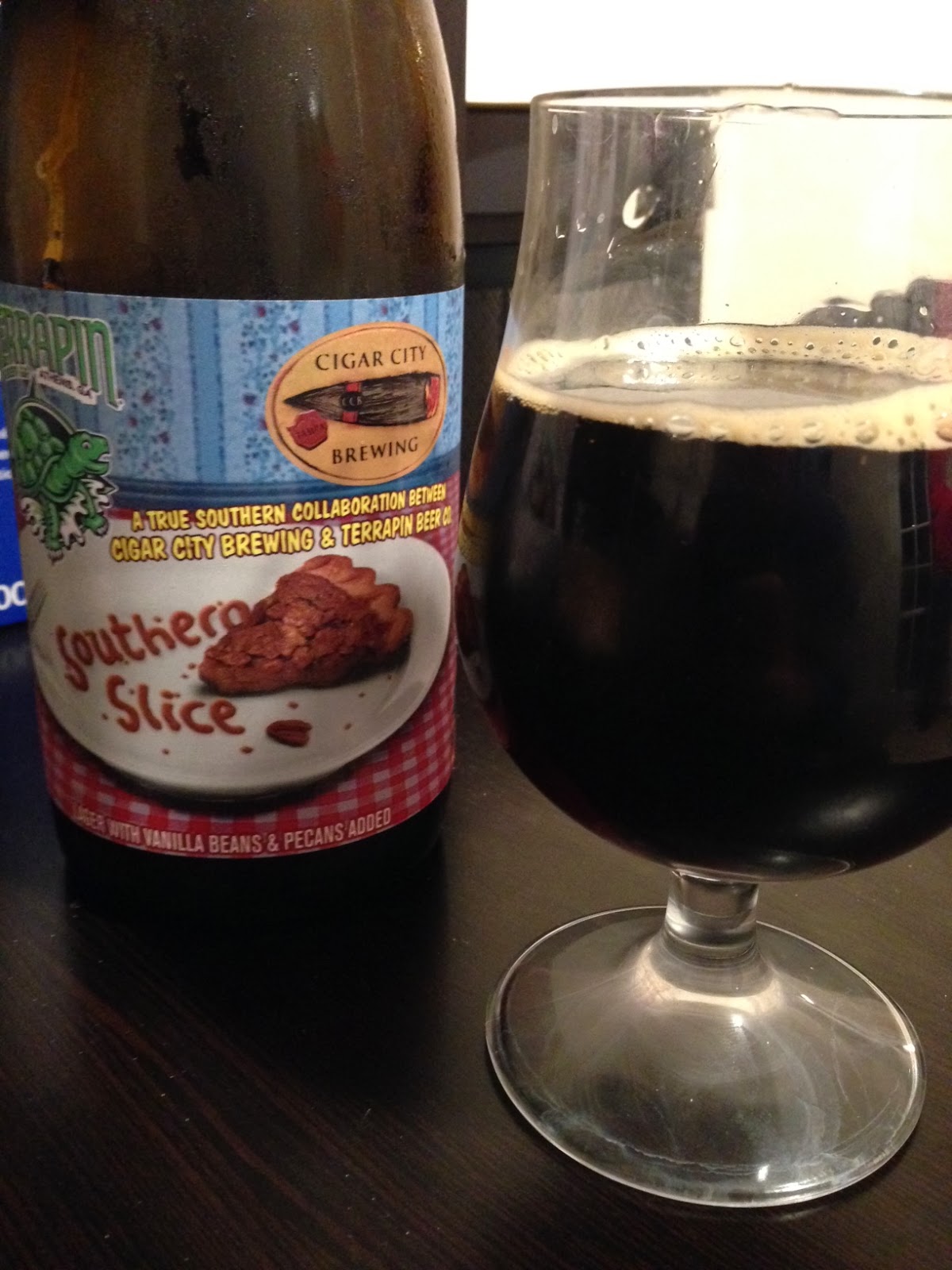 Cigar City and Terrapin teamed up to collaborate on this dessert-in-a-glass. According to the commercial description, the breweries wanted to create an innovative beer that would also be familiar to folks from the South; thus, Southern Slice is a pecan pie themed lager.

There were limited bottles of Southern Slice distributed outside of the Tampa area, so when I got my hands on a bottle, I wasn't too sure whether I was going to cellar the beer or crack it open. As a rule of thumb, I really only cellar a beer if I have at least two bottles--one to drink and one to save for later. The decision was easy.

Knowing the bottle was a 750ml, I called in the reinforcements (a very willing @RadelRA), and began an impromptu tasting. 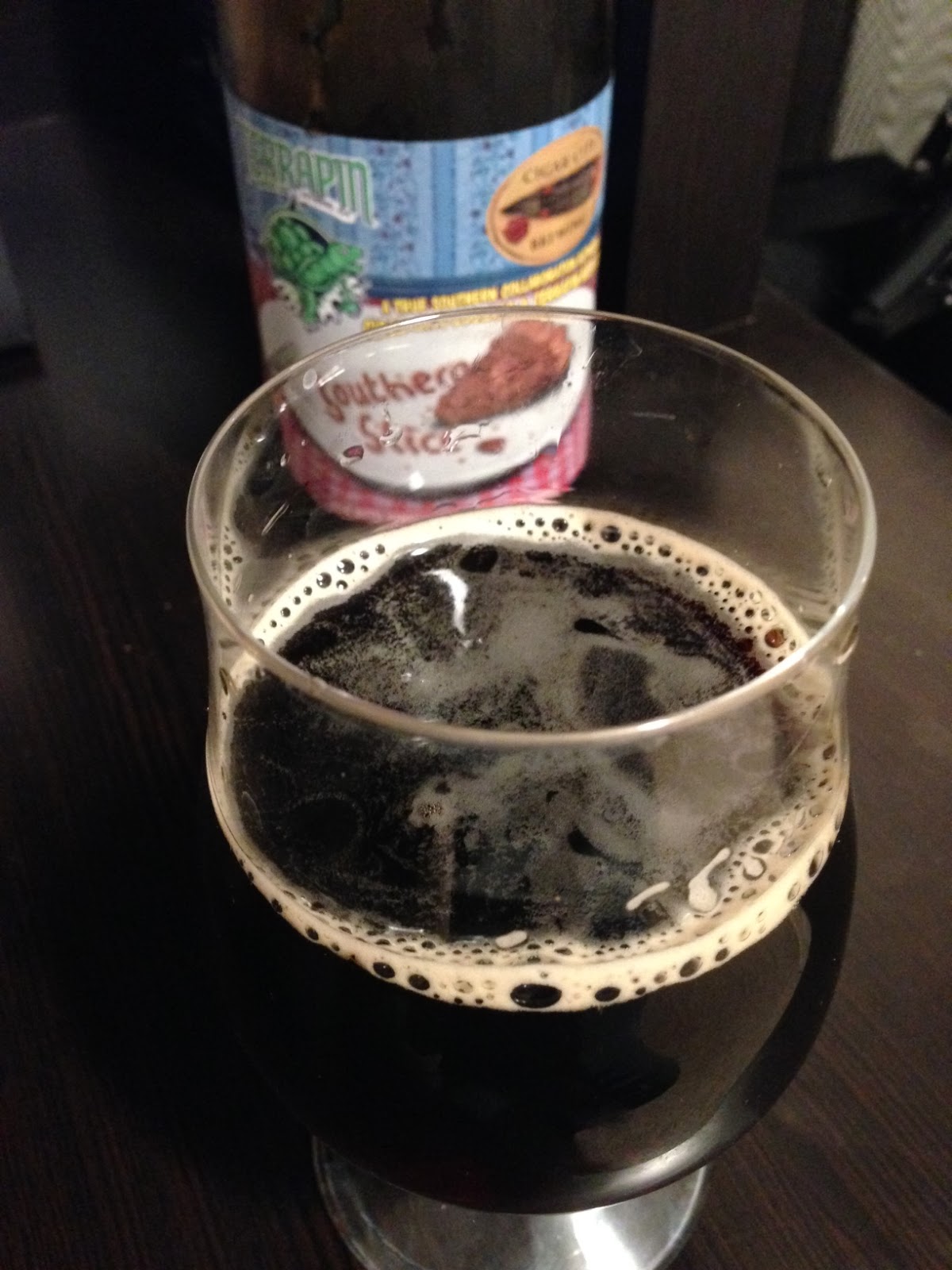 Southern Slice pours a dark brown in color with amber highlights. Actually, the beer looks a lot like cola. Dark brown with red hues when shown against a light.

The aroma was forgettable. I smelled molasses, malt, and an undetectable sweetness. I could sit here and tell you that I picked up caramel and vanilla notes, but that would just be me trying to impress you. And let's face it, that's hard enough to do when I'm being truthful.

The taste made up for the nose. Southern Slice is full of flavors. I first tasted vanilla (honestly, I did), butter, and caramel malts. Lots and lots of malt, As the beer traveled the palate, I picked up on chocolate and even more butter. This beer is sweet from beginning to end. Just like a slice of homemade pecan pie.

The mouthfeel is heavy. The butteriness of this beer leaves a slick and oily coating on the tongue. Little carbonation. Southern Slice is big and bold.

Overall, I enjoyed this beer, but I'm glad I had someone to share it with.It drinks more like a stout than a lager and I had to keep reminding myself that this wasn't a stout.

The best quality of this beer has nothing to do with the beer and everything to do with what it represent: Southern hospitality. This beer is heavy and filling. It belongs at in a dining room filled with family and friends and lots of food. Southern Slice is a comfort beer. I would love to pair this with a holiday meal next year.