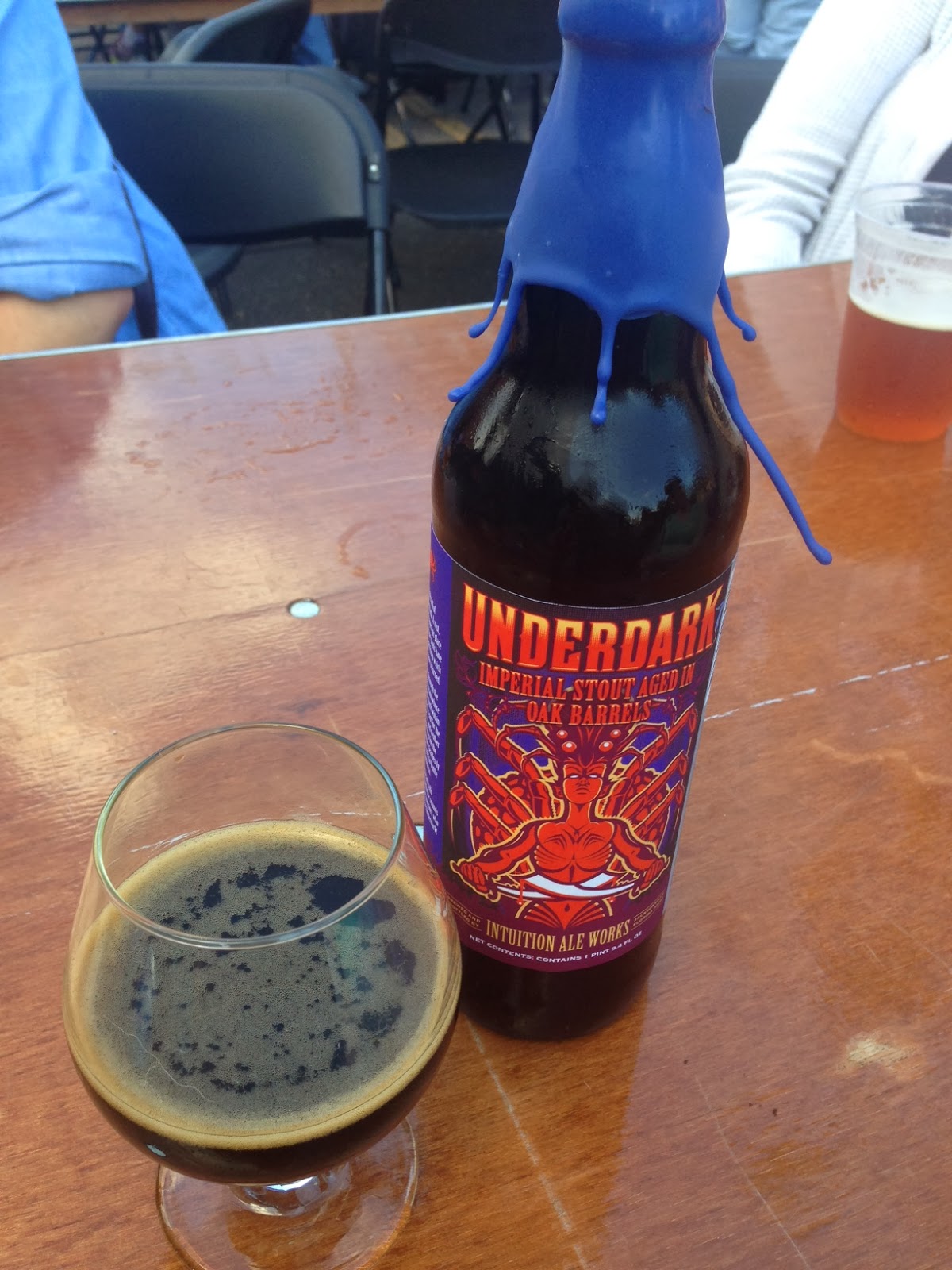 Saturday marked the second annual release of Underdark, brewed by Intuition Ale Works. The release drew a crowd, and the brewery shut down King Street for the block-party-event.

Bottles of Underdark, a bourbon-barrel aged imperial stout, went on sale at noon and were sold out by 6pm. I was fortunate. Not only was I there before the bottles sold out, I also got to try Underdark on tap. 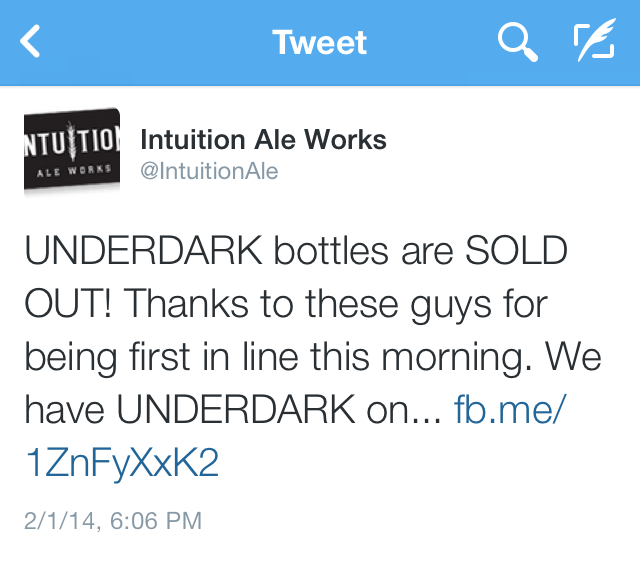 The annual release of Intuition's Underdark is something that beer lovers in North Florida should rejoice. Whether you were able to make the event or not, I believe this event shows the direction in which Jacksonville's beer scene is heading. I have mentioned many time before about the recent development of the craft beer crowd in Jax. In the last 24 months, this city has seen several craft beer spots open their doors. And let's not forget that a mere five years ago, Jacksonville's only brewery was the Budweiser plant that's located on the North side.

Since then, Jacksonville has seen a whopping five craft breweries open their doors. Throw in Pinglehead (located in Orange Park), Mile Marker (Saint Augustine), and Veterans United Craft Brewery (set to open in Jacksonville this Spring), and it's easy to see what is being foreshadowed for the North Florida beer scene.

Now back to the beer at hand: Underdark. Here are my tasting notes from the imperial stout:

Underdark pours a deep black with an off-white head. The nose is sweet: vanilla and chocolate with subtle notes of oak wood. 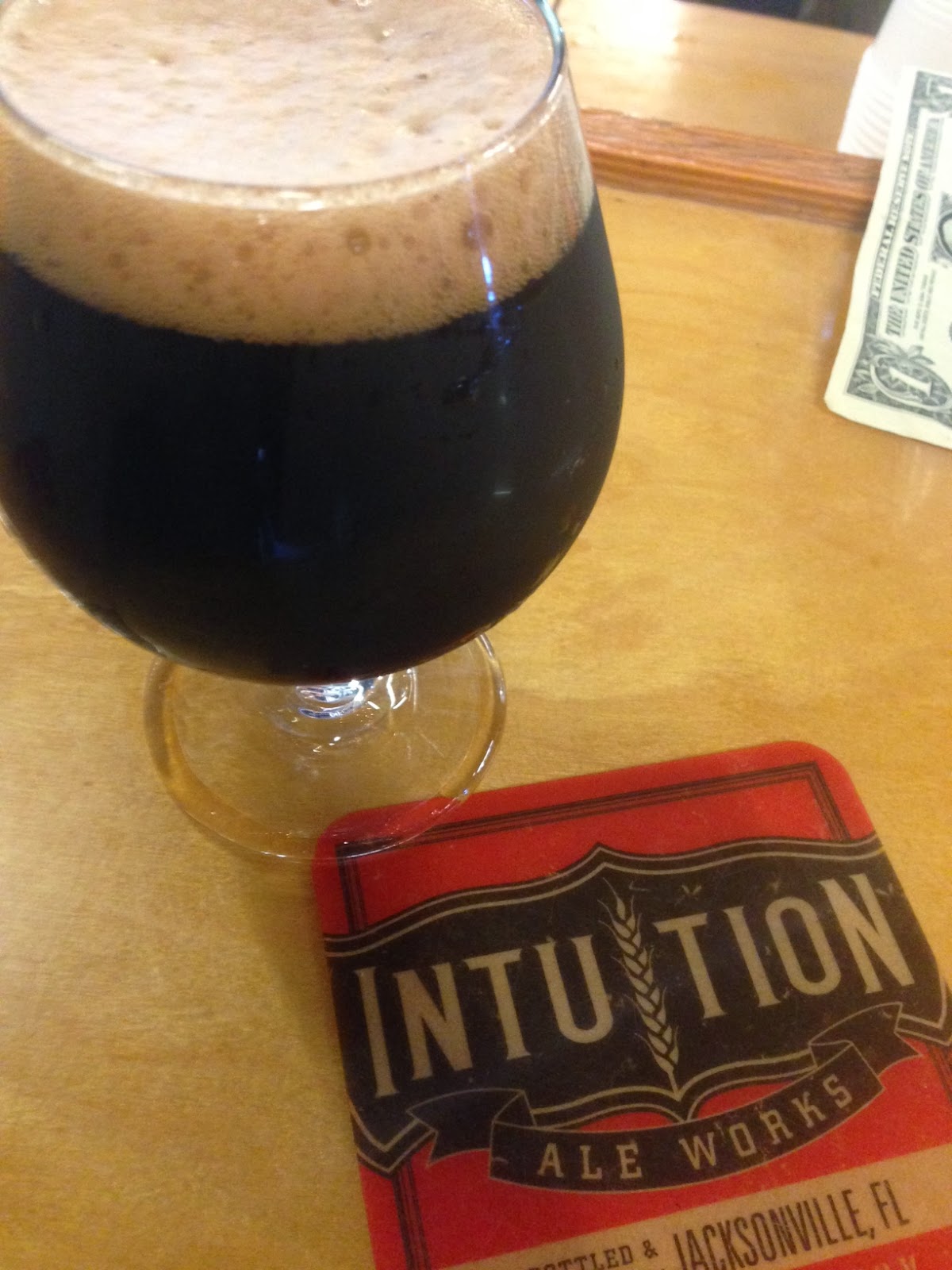 The taste is also sweet. Reminds me of some Southern Tier stouts. Vanilla, milk chocolate, mocha, and bourbon fill the flavor profile. The texture is smooth and creamy, very much like a milk stout. The bourbon is subtle and, if I didn't know what I was drinking, I probably wouldn't guess this is bourbon-barrel aged.

Overall, this is a tasty stout that I proudly welcome to Jacksonville. I like to see these special releases coming from Intuition, and I am excited to observe how this beer changes with each annual release. The bourbon isn't as pronounced as it could be; I would like to see them work to bring more of the bourbon complexities to this beer. But this is just the second release of Underdark and Intuition will undoubtedly seek to build upon their creation.
at 9:02 AM