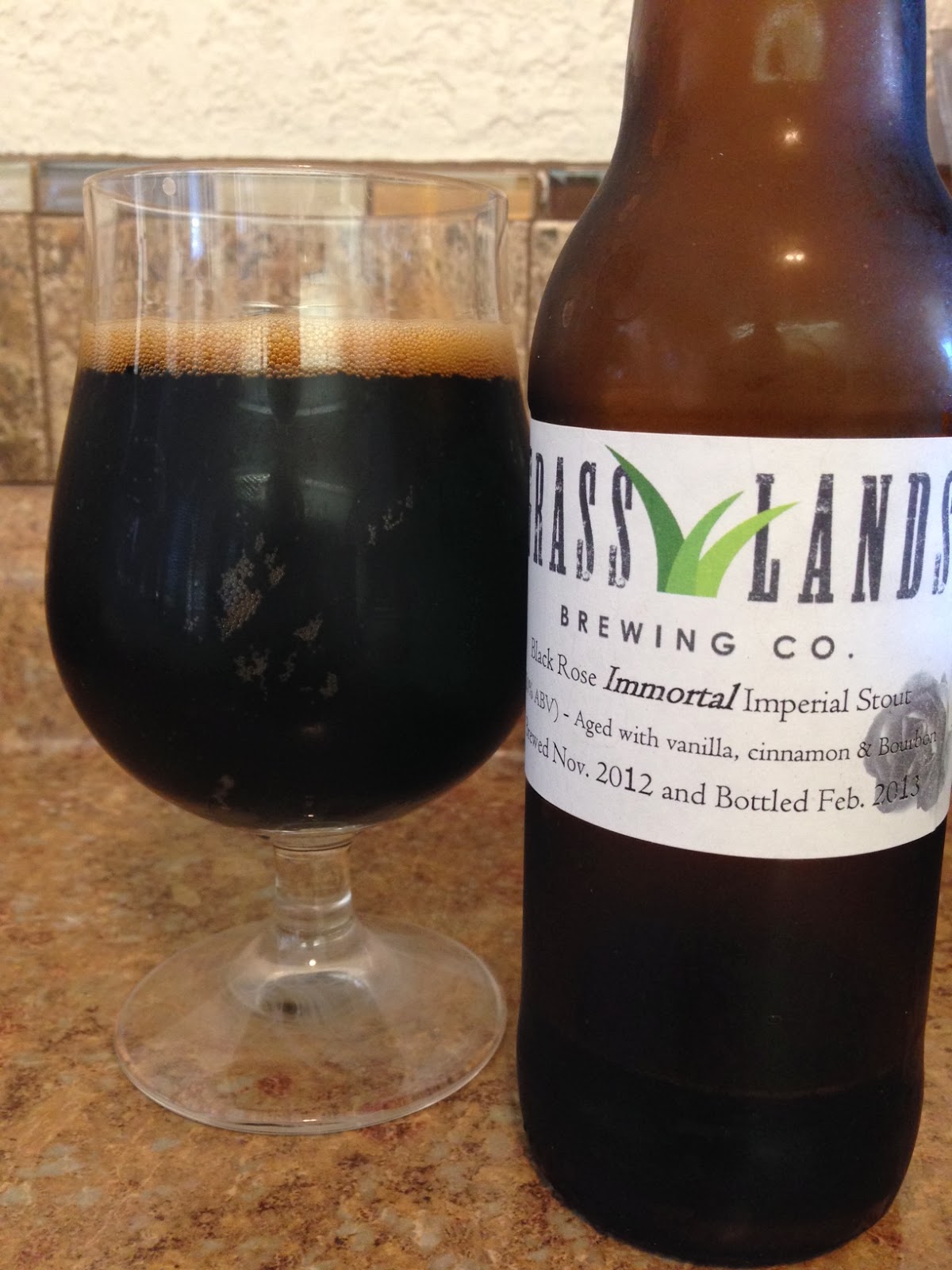 The old adage goes, "Good things come to those who wait." I had to remind myself of this several times during the last four months, a time in which a bottle, no, the last remaining bottle, of Black Rose Immortal Imperial Stout sat in my cooler.

For those of you who have been following my blog for some time now, you know that I am a part of Grasslands' Grasshopper Review Club, their way of providing consumers with opportunities to sample various brews from Grasslands. And, in return, Grasslands receives valuable feedback from future paying customers. It's a genius plan that is a win-win for everyone involved.

I received this bottle in November of 2013 and set it aside for a "rainy day." As time passed, I watched as other Grasshoppers opened their bottles and checked in on Untappd. And then one day, I received a message from owner, Gabe Grass, saying, "Brian, you now have the last remaining unopened bottle of Black Rose Immortal."

The "rainy day" has come, and it's time to cash this check.

Some of you may be thinking that I already reviewed this beer. You would be half correct. I reviewed Black Rose Standard Imperial Stout last April. Feel free to check out that review here before you continue reading. Today, I am reviewing Black Rose Immortal Imperial Stout, which is aged in bourbon, vanilla, oak, and cinnamon. I'm pretty sure that's all of the essential vitamins and nutrients needed, when constructing a tasty stout.

Appearance: Black Rose Immortal pours a deep black in color and includes a mocha colored head with mild lacing. The carbonation is visible in the glass and helps to give off some pleasant aromatics. 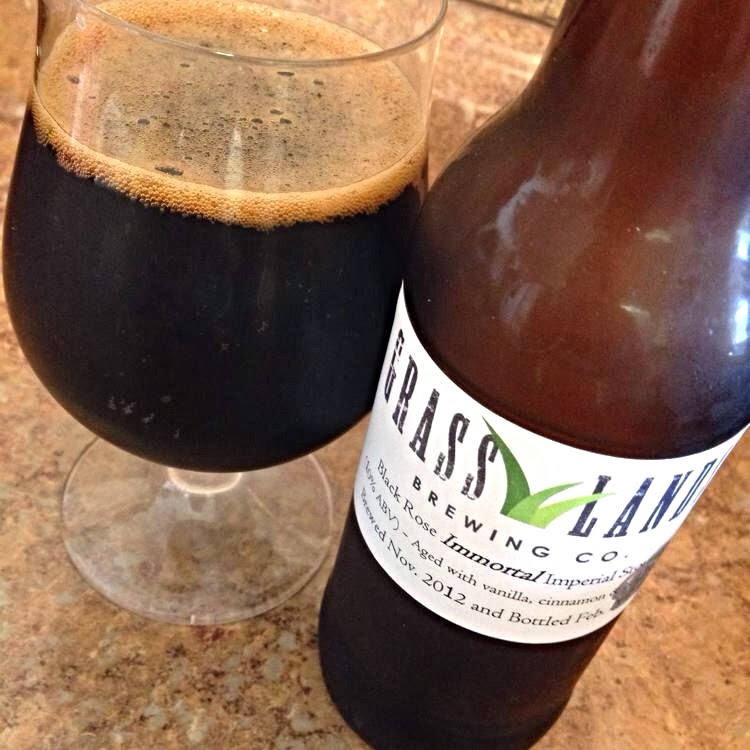 Aroma: Strong, mouth-watering aromas hit the nose before I'm even done pouring. I can detect strong notes of bourbon, chocolate, and Cinnamon. The smells are reminiscent of a holiday cocktail one might order in the winter. There's almost a mulled bourbon aroma that is just incredible.

Taste: The flavors follow the nose, except I can also taste vanilla and and subtle oak notes on the back of the palate. The bourbon is smooth from front to back, providing deep flavor but not a lot of heat. There's not the boozy kick you sometimes get with bourbon-aged stouts.

Mouthfeel: The carbonation brings a lightness to the stout that I think could be toned down a bit. I would say this beer is certainly lighter than expected and doesn't quite feel like an imperial stout to me.

Overall: The bourbon, vanilla, and spices provide a really nice backdrop to the dark malts and roasted characteristics. The cinnamon is dominant on the palate, and could probably use a little more time aging to help bring a better balance between the spices and other flavors. I love the bourbon and oak flavors that compliment the spices to create a rich and flavorful beer.

Having tasted the Standard version of this last year, I have an even greater appreciation for what Immortal is. It's always nice to have a point of comparison when tasting an aged version of any beer.

Grasslands' flexed their muscles with Black Rose Immortal. I appreciate their willingness to experiment with flavors in their beers. Aside from the mouthfeel, I believe this beer can go toe-to-toe with some of the more well-known imperial stouts! If they decide to keep the body as is, Black Rose Immortal is probably closer to a winter warmer or dark ale in style.

More than anything, Black Rose Immortal is testament to what we can all expect from Grasslands when they (officially) open their taps to the public this year--flavorful beer that is bold, fun, and enjoyable.

Cheers to Gabe Grass for creating another winner! Tallahassee, look out for 2014. It's going to be a good year for beer fans. 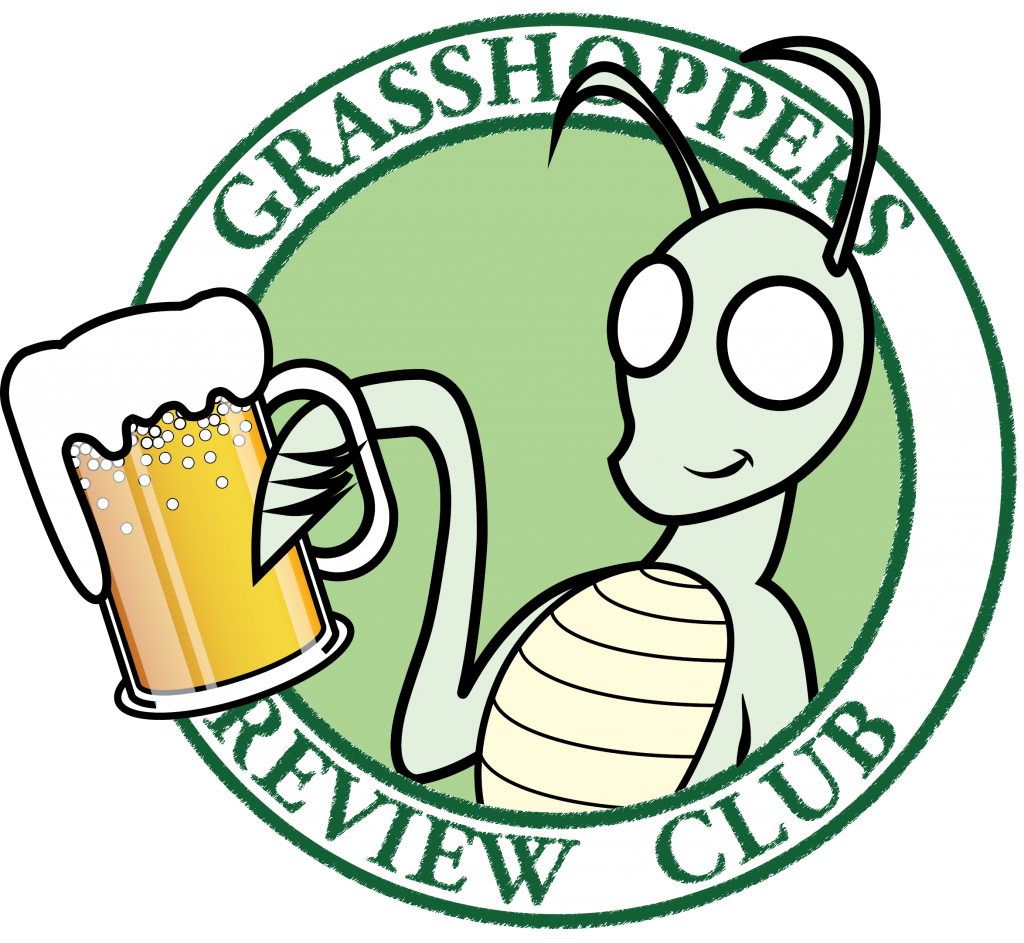 If you're interested in getting your hands on any of Grasslands' brews before 2014, register for their Grasshoppers Club which is your ticket in to getting exclusive releases from the brewery before they open. As a Grasshopper, you'll be eligible to enter the monthly lottery drawings to sample beer and provide critical feedback that may contribute to the final product. You can also check out Grasslands on Twitter and Facebook for more information.
at 11:29 AM