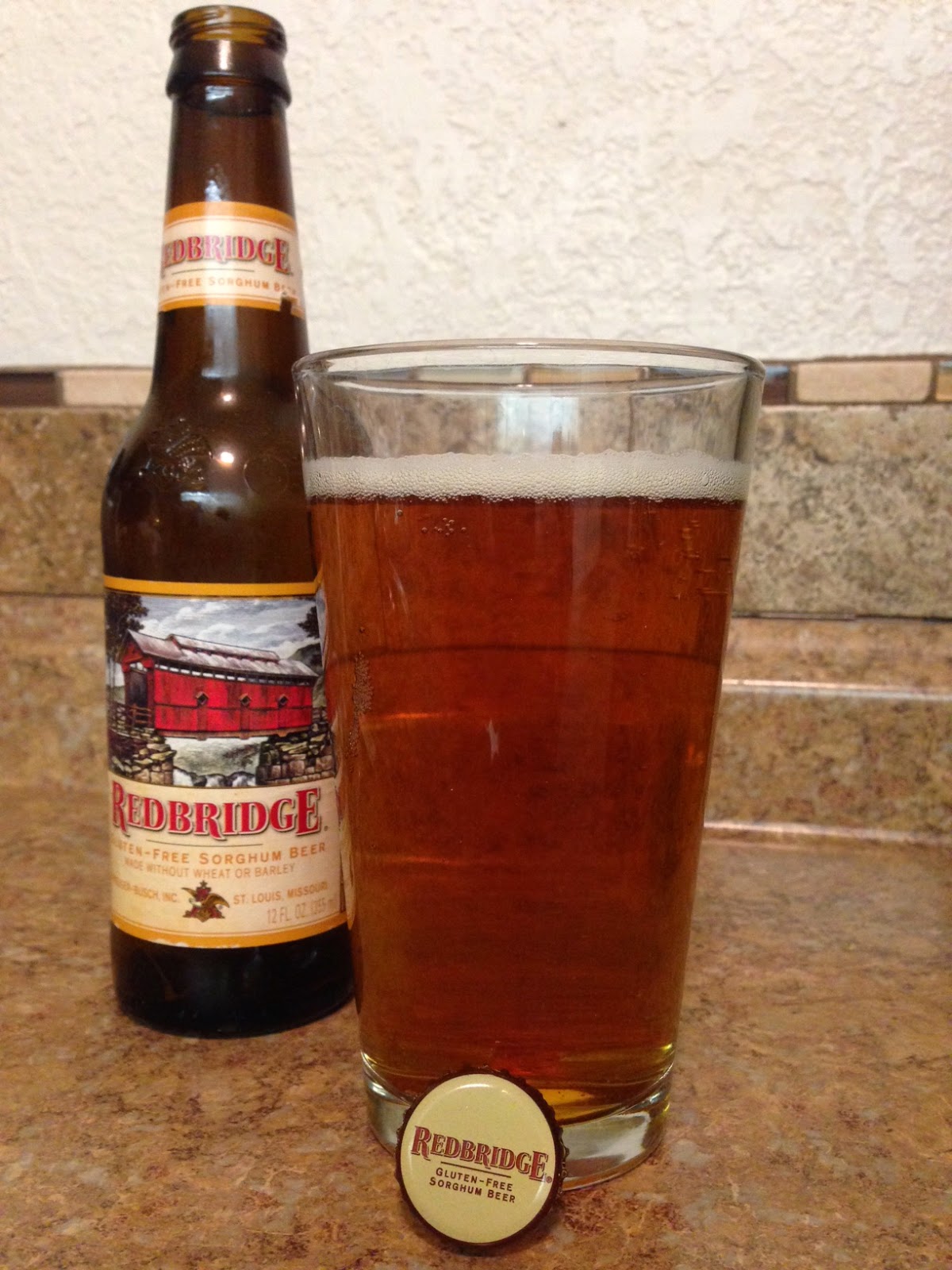 An estimated 1 in 133 Americans suffer from Celiac disease, forcing them to lead a gluten-free diet. This means that beer, a beverage made with barely and wheat, is mostly off limits. However, in recent years, breweries have started to change their recipes and produce beers without barley or wheat (often using sorghum, rice, or corn instead), allowing anyone with a gluten allergy to enjoy a cold one.

Having a few friends who are gluten intolerant, I decided to check out a beer that I commonly see being consumed by my gluten-free friends.

Redbridge is brewed by Anheuser-Busch (strike one). The label proudly indicates that this is a beer made without wheat or barley. And according to the description on the official Redbridge website, "Redbridge is a rich, full-bodied lager brewed from sorghum for a well-balanced, moderately hopped taste." Doesn't sound all that bad, does it? 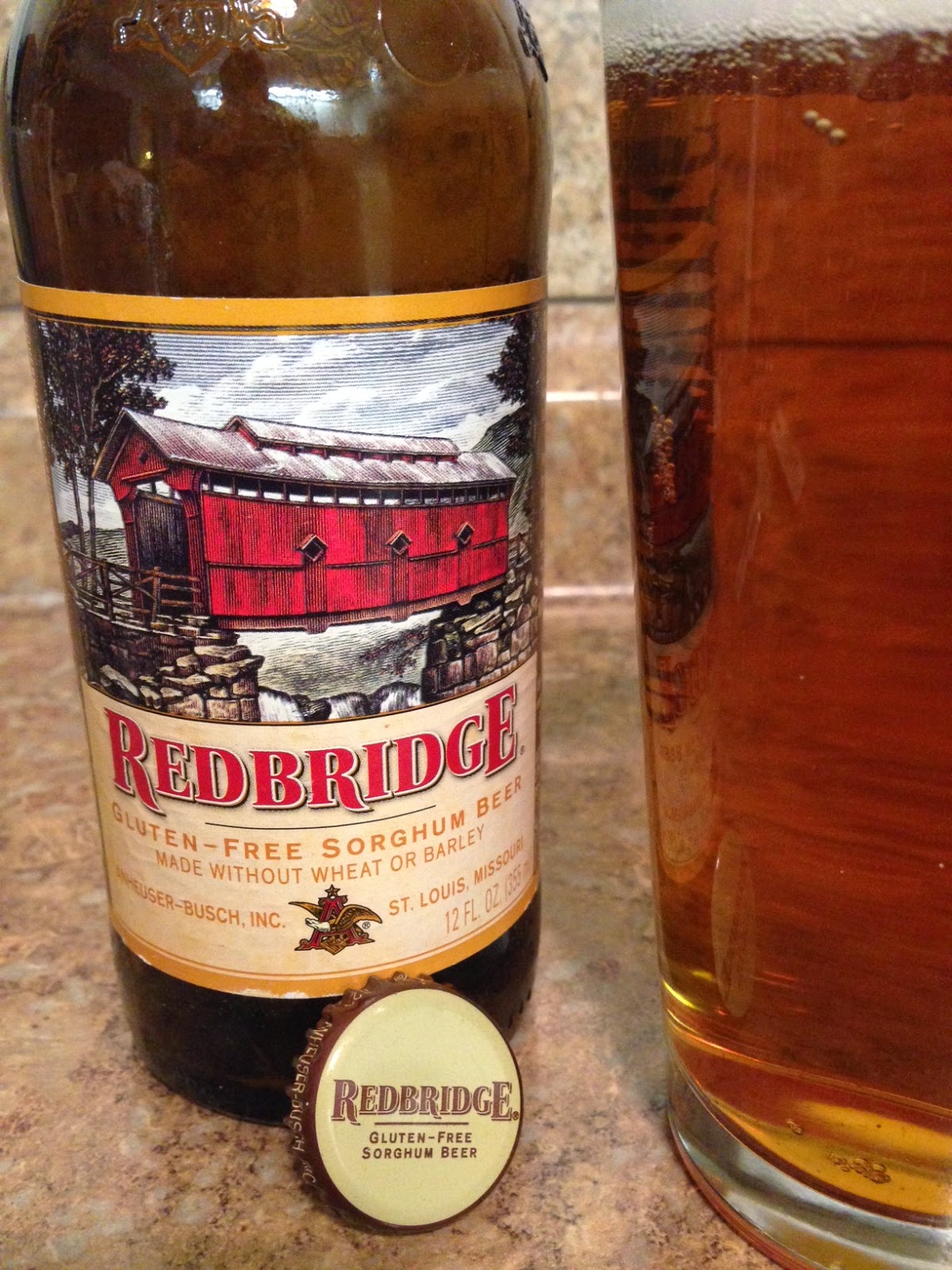 Aroma: There's not a whole lot coming off the nose, but what I do detect is slightly fruity and metallic. This faintly smells like a poorly scented cleaning product (strike two).

Taste: Redbridge is indistinctly flavored. There's a slight malt sweetness, and a metallic undertone that is unpleasant. The finish is clean (but then again, so is the entire beer). There's an overall "earthiness" that blankets the flavor profile of the beer, but there's just not a whole lot going on.

Mouthfeel: There's lots of carbonation, which is a good thing for this beer.. The body is very light and crisp, similar to a light cider or your favorite carbonated water. Strike three.

Overall: There's just not a lot to describe in this beer. The aroma is almost nonexistent and the flavor comes pretty close to being a lightly malted version of water. This is, by far, the most flavorless beer I have ever tasted. I say that not in jest. It's just a lot of nothing.

The only other gluten-free beer I've ever had is Dogfish Head's Tweason'ale, and Redbridge is nowhere close to that level. Redbridge is an imposter. It looks like beer, but that's it. If you are among the 1% of people who suffer from Celiac disease, but still have the desire to drink good beer, do not waste your time on Redbridge. Its flavorless and odorless, and will leave you still yearning for the real thing.