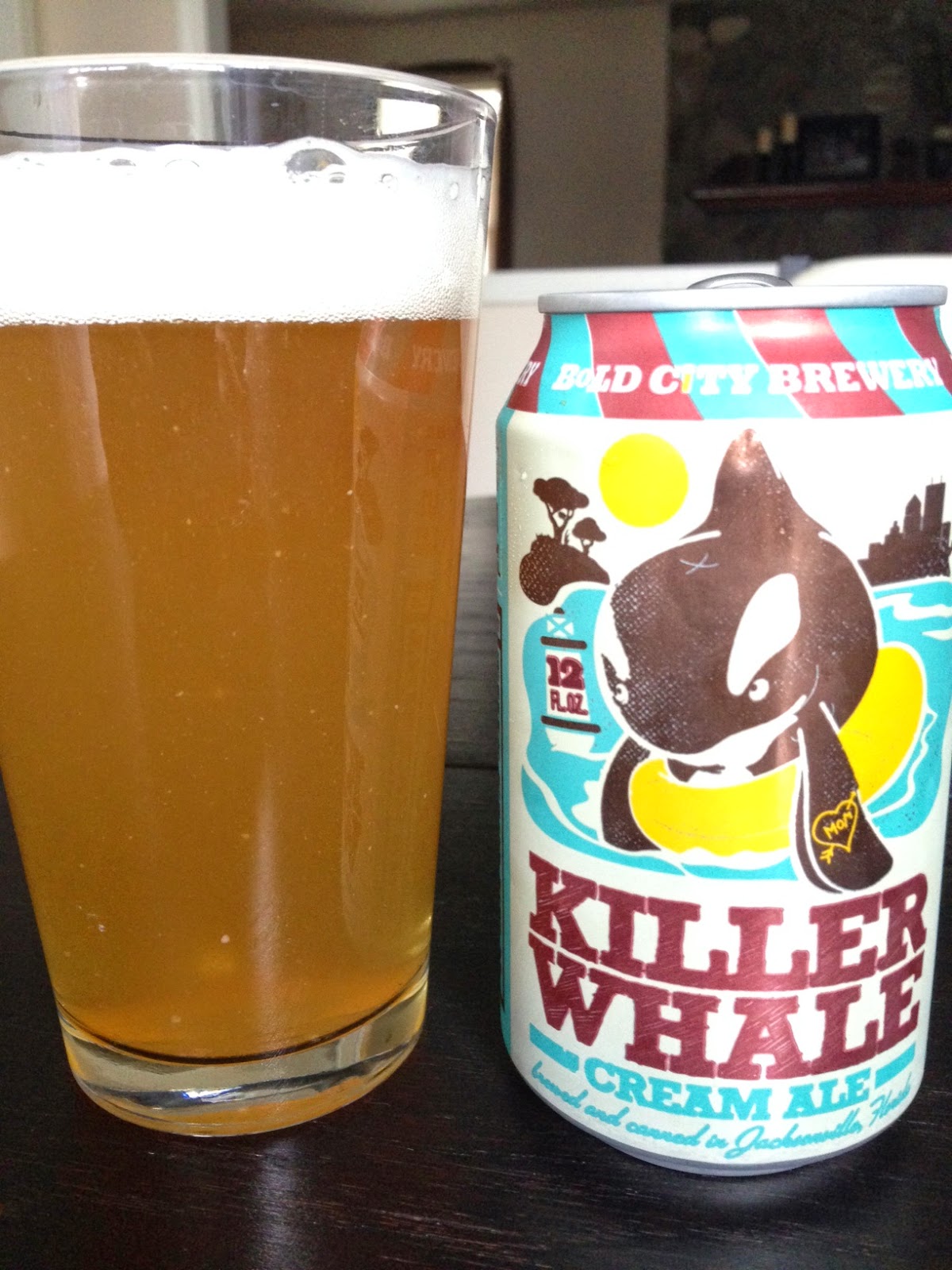 Killer Whale is brewed to be a cream ale that lager-lovers can really stand behind. The description on the can all but likens it to a can of Big Flats. Just last year, Bold City did something interesting with their cream ale recipe; they released Roxy's Finest Imperial Cream Ale. Roxy's Finest, essentially, is the imperial version of Killer Whale. I wasn't too crazy about the Imperial, but have been meaning to sit down and provide a thorough analysis of Killer Whale. 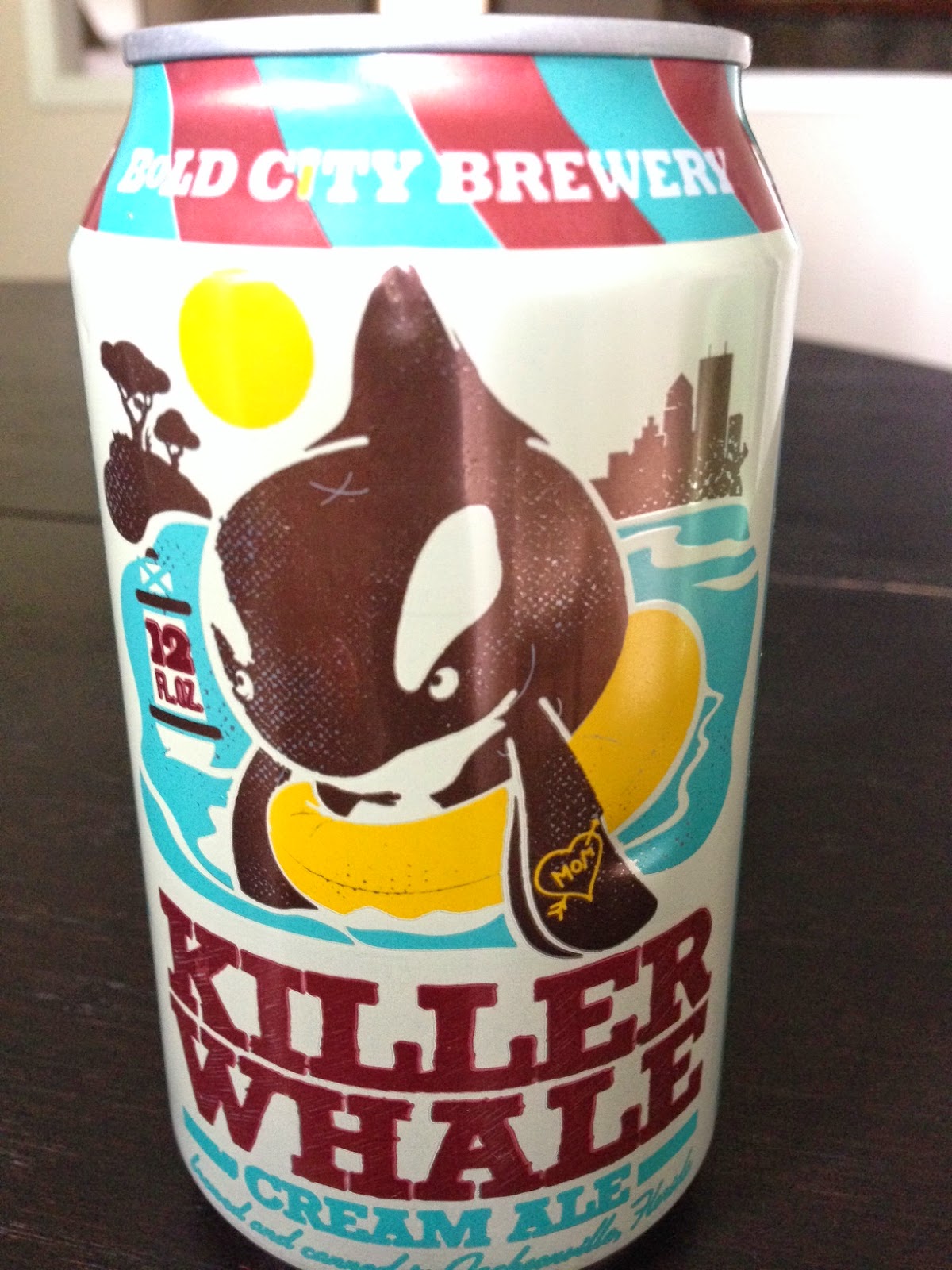 Appearance: I love the artwork on the can. The Killer Whale is seen floating on a tube on what looks like a perfect sunny day. It screams Florida. Great design, color scheme, the whole nine yards. Pouring from the can to my glass, Killer Whale is cloudy with a straw color. There's a thick pearly head that provides a nice lacing in the glass.

Taste: The flavor is yeasty and pretty grainy. I get a hint of Belgian spice that quickly succumbs to barley and corn notes. On some sips, I might even say this beer tastes like tortilla chips. There's an adjunct flavor that's pretty detectable.

Mouthfeel: The body of this beer is my favorite part. There's a nice creaminess to Killer Whale. Without it, this beer would probably drink more like [insert your average adjunct light lager]. But the viscosity here certainly saves it from that immediate comparison.

Overall: I don't love this beer, but I think it's pretty accurate to the style. I grew up in Western New York--where Genesee Cream Ale is a staple among locals. Not to my surprise, Bold City actually compares Killer Whale to Genesee's beer during their brewery tours.

Killer whale is incredibly approachable. It's not heavy. It's not hoppy. It's not even malty. It tastes like an adjunct beer that's crafted locally. And it comes in a can with killer artwork. See what I did there?