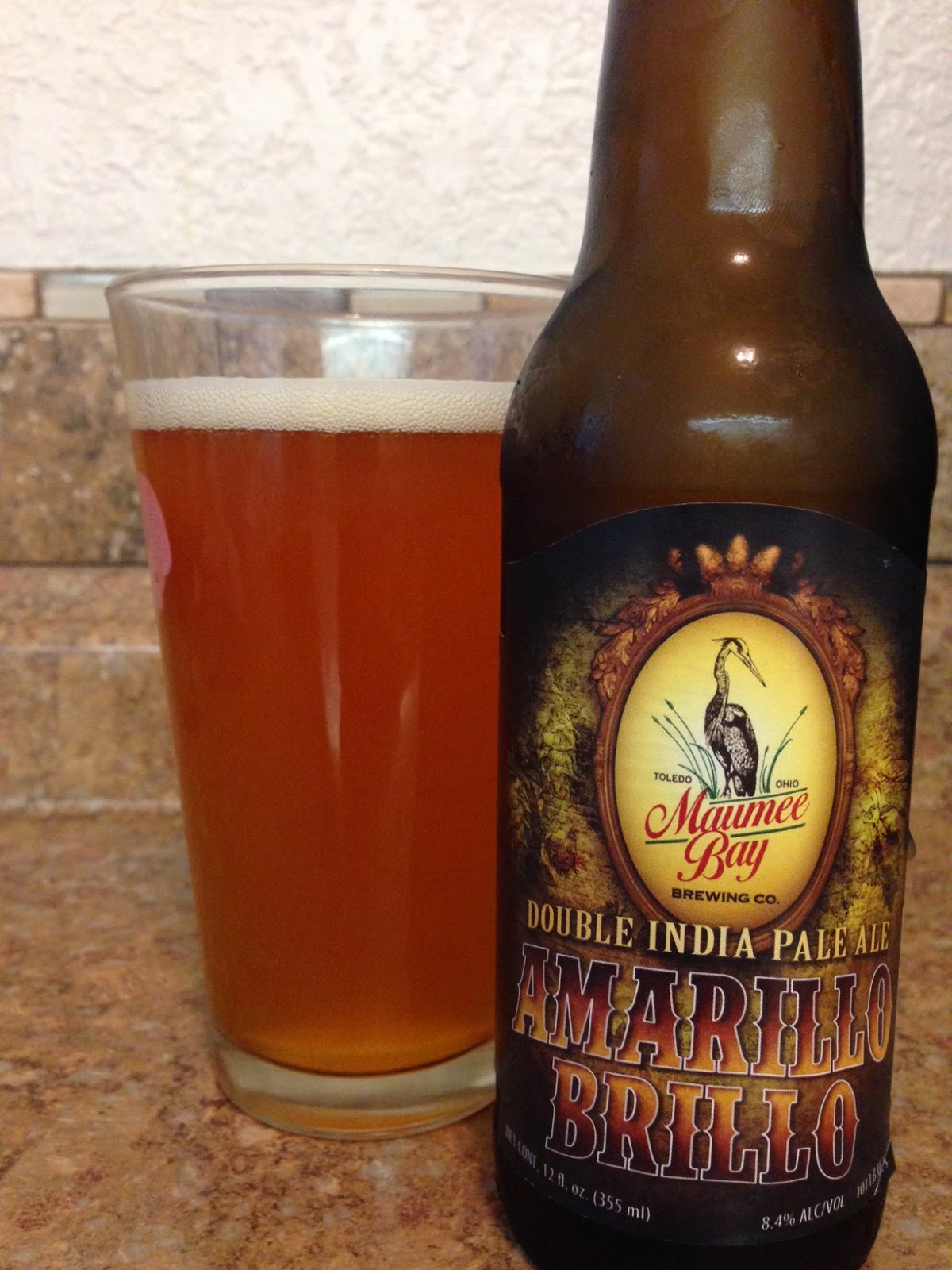 I received this bottle from a friend who lives in Perrysburg, Ohio, just a few minutes outside of Toledo. He had been talking up some of the local beer in the area and was kind enough to send me a few to try.

I had to look up Maumee Bay Brewing Company because, in full disclosure, I hadn't ever heard of them. This brewery opened in 1995 and is most known for their Buckeye Beer (I am a Michigan fan...but I'll let this one go).

Amarillo Brillo is brewed with three different hops, but the beer features the Amarillo hop most prominently. This is the brewery's first release of a DIPA. 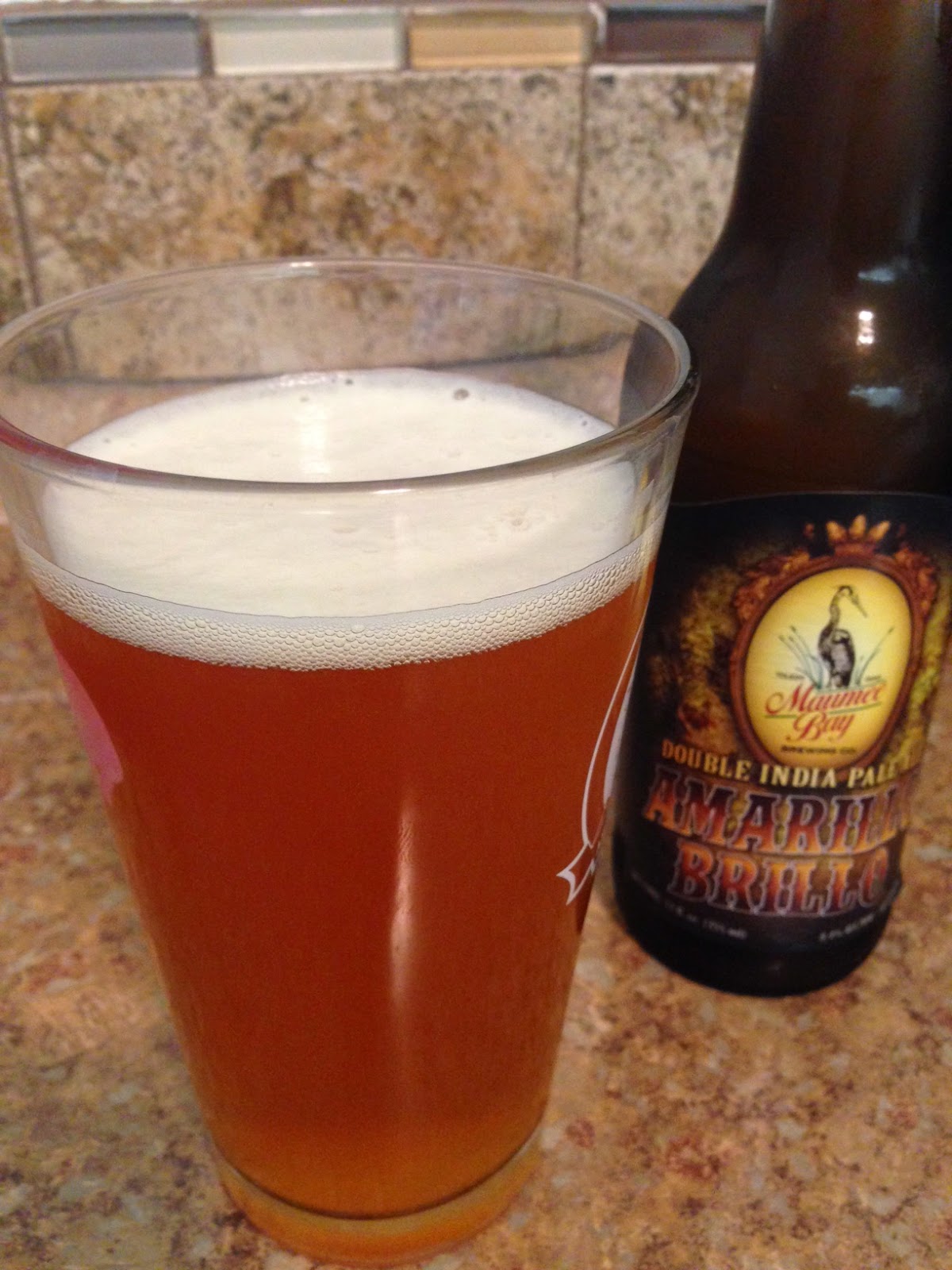 Aroma: Sweet fruits and caramel resonate on the nose. I get some pineapple and other candied fruits. There's also a dankness to the smell. Nothing overly funky or pungent. It's actually quite pleasant and appealing.

Taste: Wow! I am just impressed with this beer from little ol' Toledo! The flavor begins with pine, citrus, and resin that smacks you in the face. It's a hop-bomb for sure, but Amarillo Brillo is accompanied with sticky-sweet malt and caramel notes that are lip-smacking and pleasing. The finish is piney and dry despite leaving the throat and tongue coated with that malt stickiness.

Mouth: This beer is thick and juicy! It's syrupy and a bit oily on the palate. Big body to go with the big flavor!

Overall: Well done, Maumee! This is a quality DIPA! I'm pleasantly surprised and wishing I received more than one bottle of this beer.

Amarillo Brillo is everything I am looking for in a double IPA. It brings a ton of hops (101 IBUs to be exact), and has some of the pre-barleywine characteristics that are to be expected with the style.

Thanks for reading the Beer Apostle and for supporting craft beer! Join in on the discussion by following me on Twitter and Facebook! Cheers!
at 1:07 PM