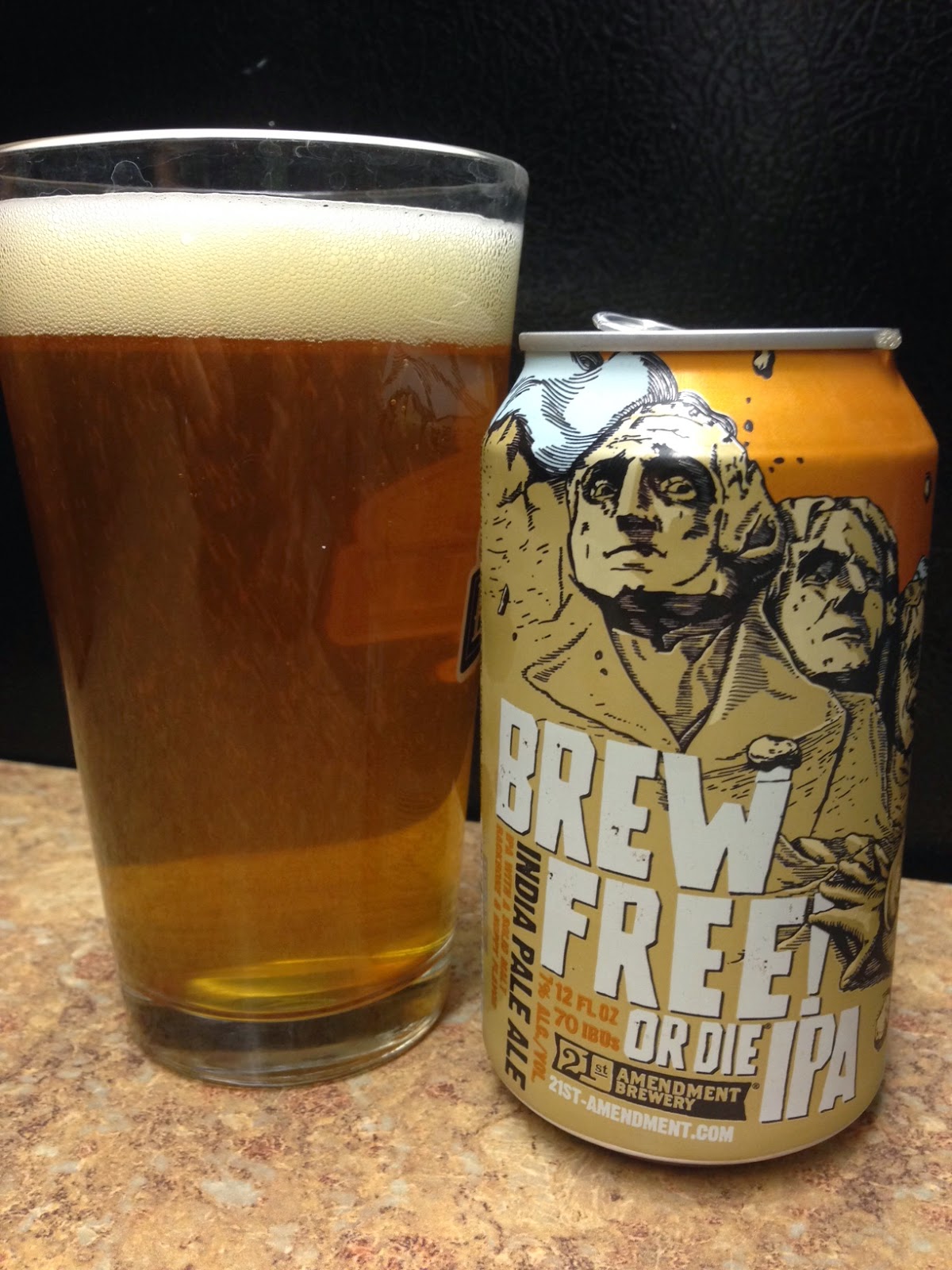 West Coast IPAs sometimes get mislabeled for being "all hops and no balance." While there's a time and place for everything on the IPA spectrum, I generally seek IPAs that have a nice malt foundation to help digest some of the bitter hop flavors. 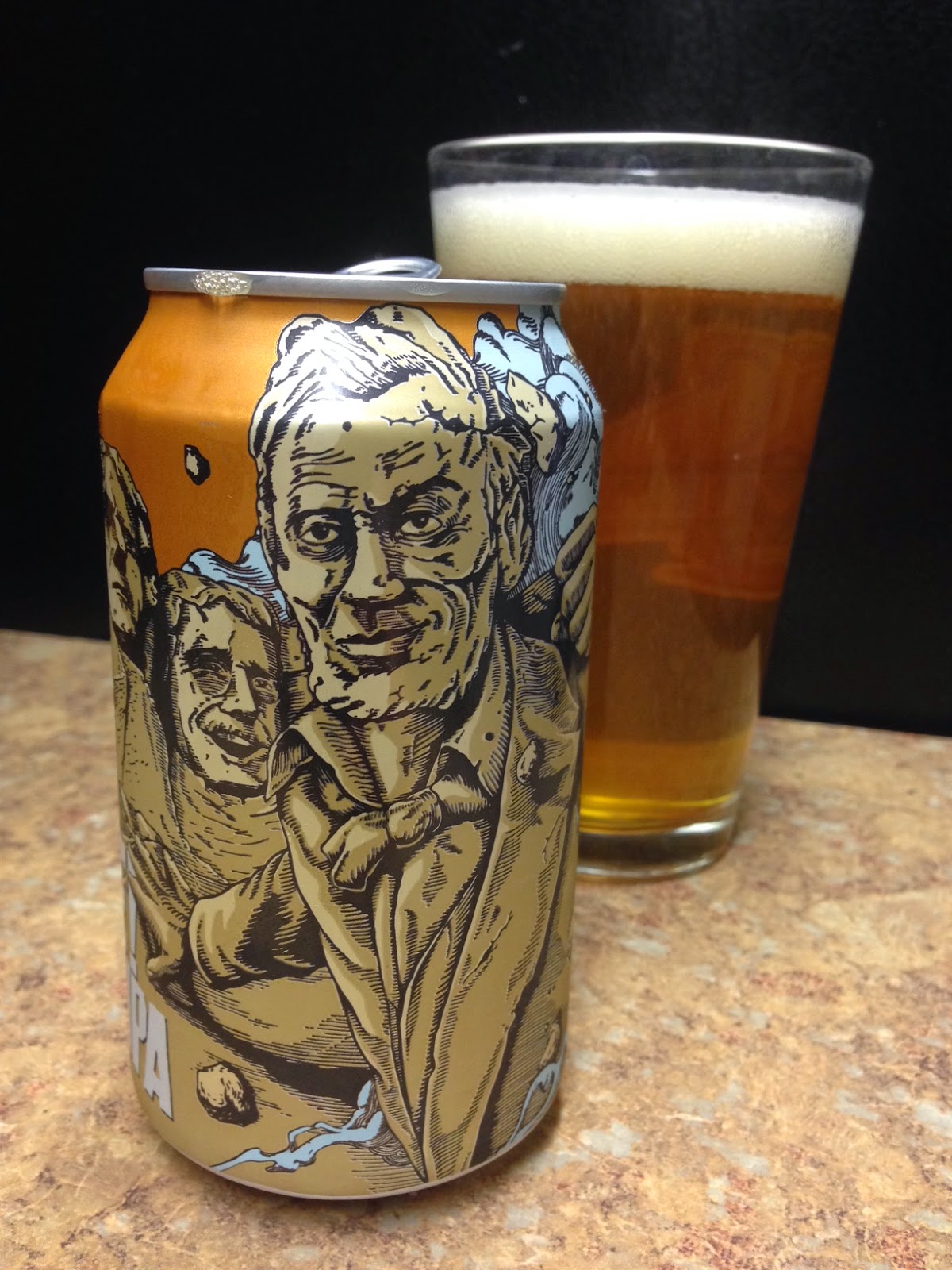 Brew Free or Die IPA was recommended to me by a friend who knows what I like. I rarely turn down an opportunity to try a new beer, so I quickly took him up on the offer!

Appearance: The design on the can is patriotic and fun. I'd like to think the artwork on the can and his country. The beer pours a pale yellow with a nice creamy head.
captures the raw emotion and passion that every American craft beer drinker feels about his beer

Aroma: Fruit odors with a mild malt presence. The hop aroma provides a pleasant dose of grapefruit and earthy notes.

Taste: The citrus hits the palate first, followed by a bready and caramel malt backbone. The back of the palate contains some lemon zest, a dry earthiness, and more sweet caramel flavors.

This is a well-balanced IPA. Sessionable. I enjoyed the paleness of this beer. It's bready with a nice blend of hops and malt that make this beer quite drinkable.

Special shout out to Ryan for sending me this can to check out! Keep 'em coming, buddy! 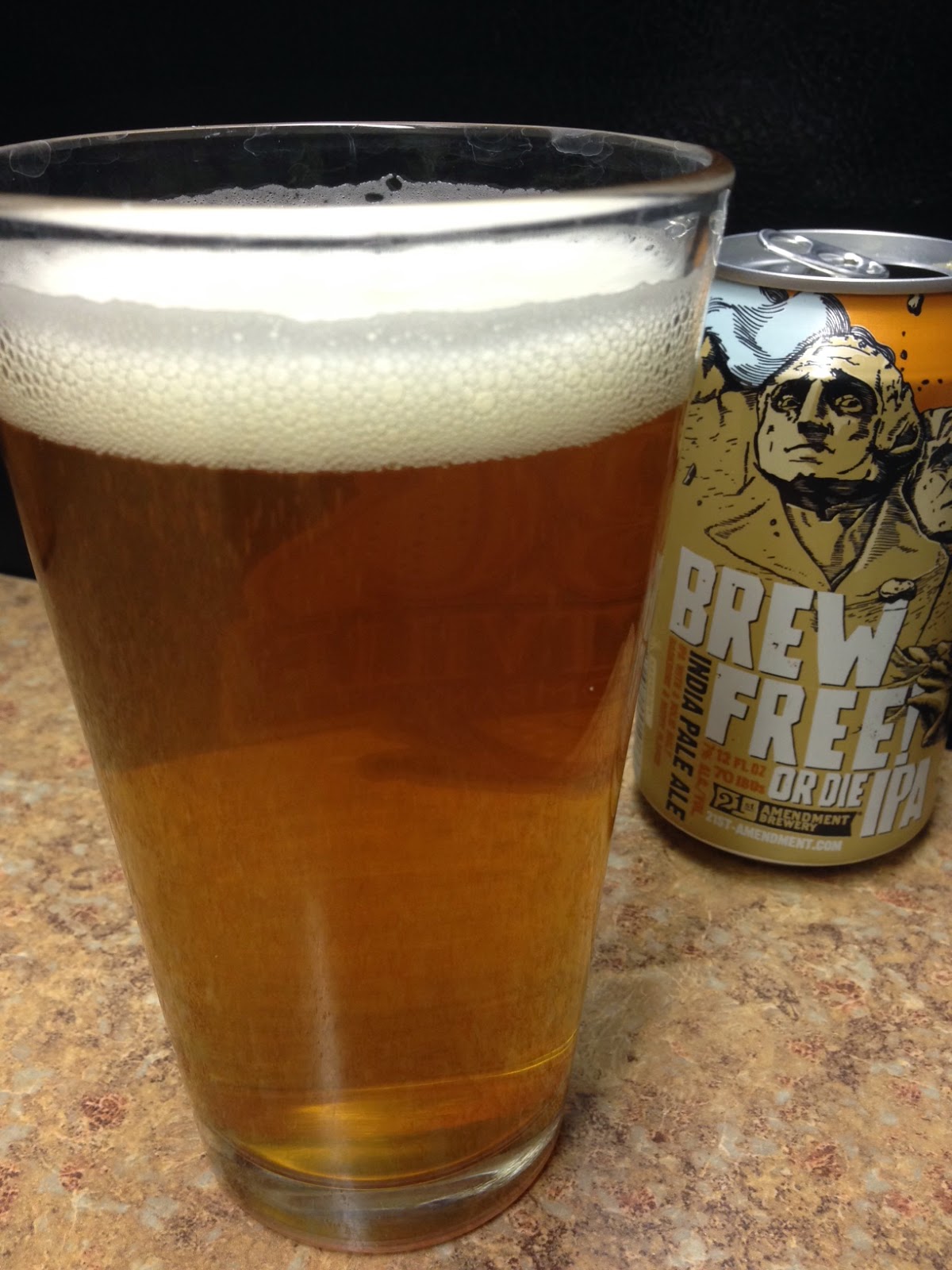 Thanks for reading the Beer Apostle and for supporting craft beer! Join in on the discussion by following me on Twitter and Facebook! Cheers!
at 3:09 PM