I love being on the receiving end of good news. In my inbox waiting for me today, was a press release announcing a new craft beer establishment that will open in the historic Five Points neighborhood of Riverside.

In the body of the email was the following description of Jacksonville. This description is not only accurate, but depicts the growing momentum of the beer community here. These are exciting times!

Jacksonville has emerged as a city at the forefront of the craft beer scene in the state of Florida, and also the entire southeast. The city features multiple acclaimed craft breweries; local, regional and national craft beer focused restaurants and bars; and a growing craft beer-specific retail market. The Alewife concept will complement the current offerings and provide an experience for Jacksonville residents not currently available.

The Alewife will add to a growing list of Riverside locations dedicated to craft beer. I will be sitting down to chat with co-owners, Kelly and Jamie, in the coming days, but until then check out the press release below.


Jacksonville, Fla. – Alewife, a new craft beer establishment featuring retail craft beer sales, a tasting bar, and craft beer focused classes, is set to open this fall in Riverside’s Five Points. Owners Kelly Pickard and Jamie Burket have signed a lease to move into 1035 Park Street, the former site of Riverside Liquors. The business model is unique to the Jacksonville area, fulfilling not only the customer’s demand for a quality craft beer product, but also offering opportunities to explore, taste and learn about the evolving world of craft beer.

Featuring an extensive selection of bottles and cans from the best craft brewers in America, including
those local to Jacksonville, Alewife will serve as a community-focused establishment to celebrate and discover handcrafted ales and lagers from craft brewers across the country. Guests can grab a seat at the tasting bar to enjoy a flight or full pour from one of the six constantly rotating taps, or they can select a bottle from the cooler to enjoy as they browse the shelves. If guests don’t have time to enjoy a beer on-site, there will be six-packs, four-packs, large format bottles (“bombers”), and single 12 oz. bottles and cans to be taken home.

In addition to the retail operation, Alewife will create a unique niche in the Jacksonville craft beer market by introducing a series of educational classes and workshops designed to expand the communities’ craft beer knowledgebase. These classes, designed for both seasoned beer enthusiasts and novices alike, will pair an educational component with beer tastings, and will be the foundation of Alewife’s goal of educating their customers about the diverse world of craft beer. 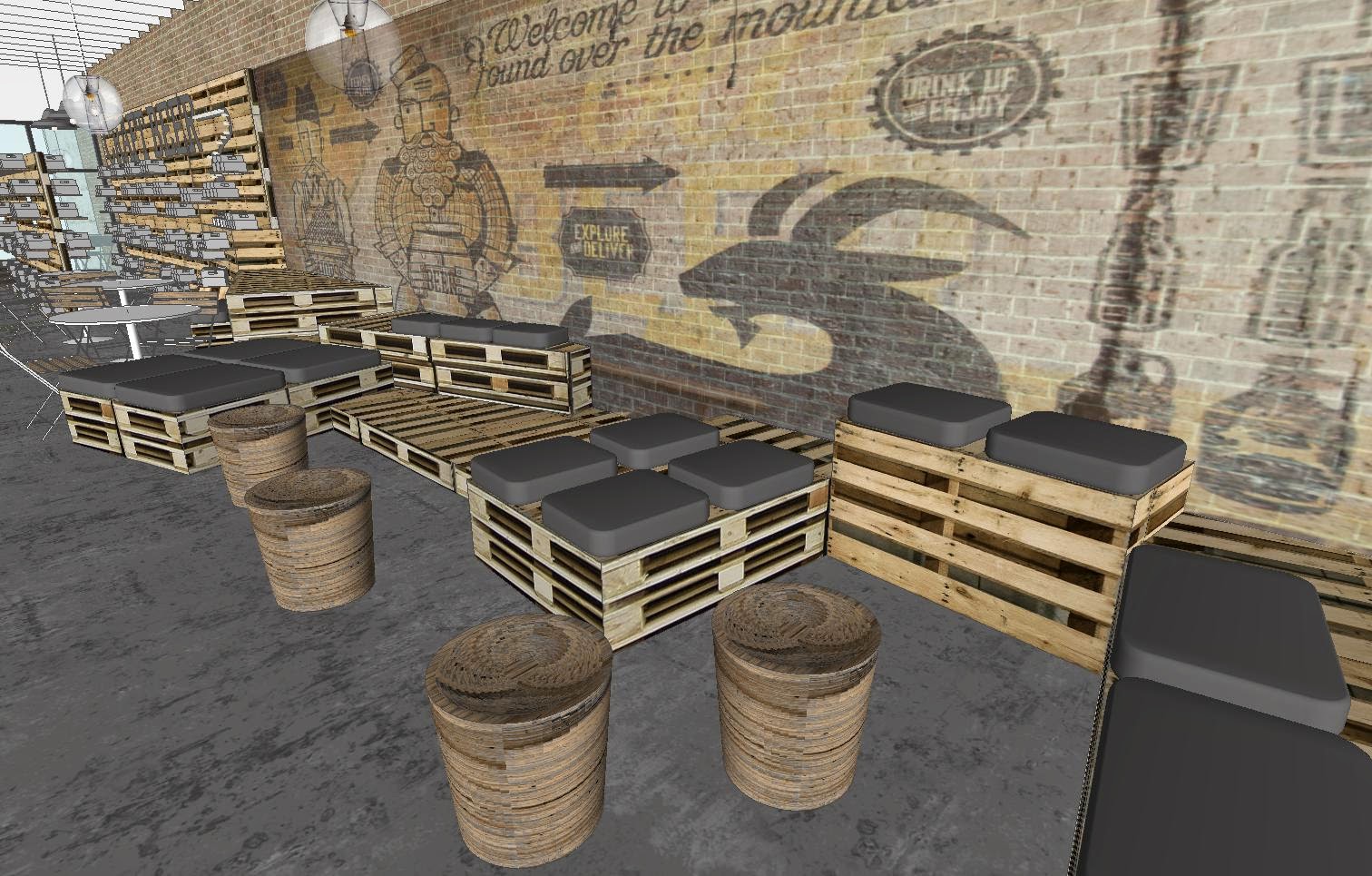 About owners Kelly Pickard and Jamie Burket: Pickard, who will lead front-of-house operations at Alewife, is a Cicerone Certified Beer Server, a home brewer and has experience working behind the bar with positions held in both Washington, DC and locally. Pickard has brewed beer with a commercial craft brewery, developed and led craft beer tasting and pairing events for both corporations and individuals, and completed numerous craft beer-focused classes and workshops. Her former professional career was in sustainability project management for an architecture trade association.

Burket, who will run back-of-house operations, has a professional background in facility management, event operations and marketing. Her passion for the craft beer industry has led to participation in various craft beer-centered educational workshops and to extensive beer-focused travels.

About Alewife: Scheduled to open fall 2014, Alewife is a craft beer bottle shop and tasting room in Riverside’s Five Points neighborhood in Jacksonville, Florida. Owners Kelly Pickard and Jamie Burket will bring a unique craft beer experience to the Jacksonville community by creating a one stop shop for purchasing, tasting and learning about American craft beer. Alewife isn’t just a store or bar; instead, it’s a celebration of beer, the craftsmen (and women) who brew it, and the drinkers who respect it. For more information about Alewife, follow us at www.Facebook.com/alewifebottleshop and www.Twitter.com/alewifebeer.

The name Alewife is a nod of respect to the rich history behind the role of women in brewing. In medieval Europe, before beer production increased in scale and prestige to become a commercial activity taken over by men, brewing beer was a domestic affair performed by women. When extra beer was available, the women, referred to as alewives, would hang a broom – known as an ale-stake – above the door. This let other households and passersby know that beer was for sale.