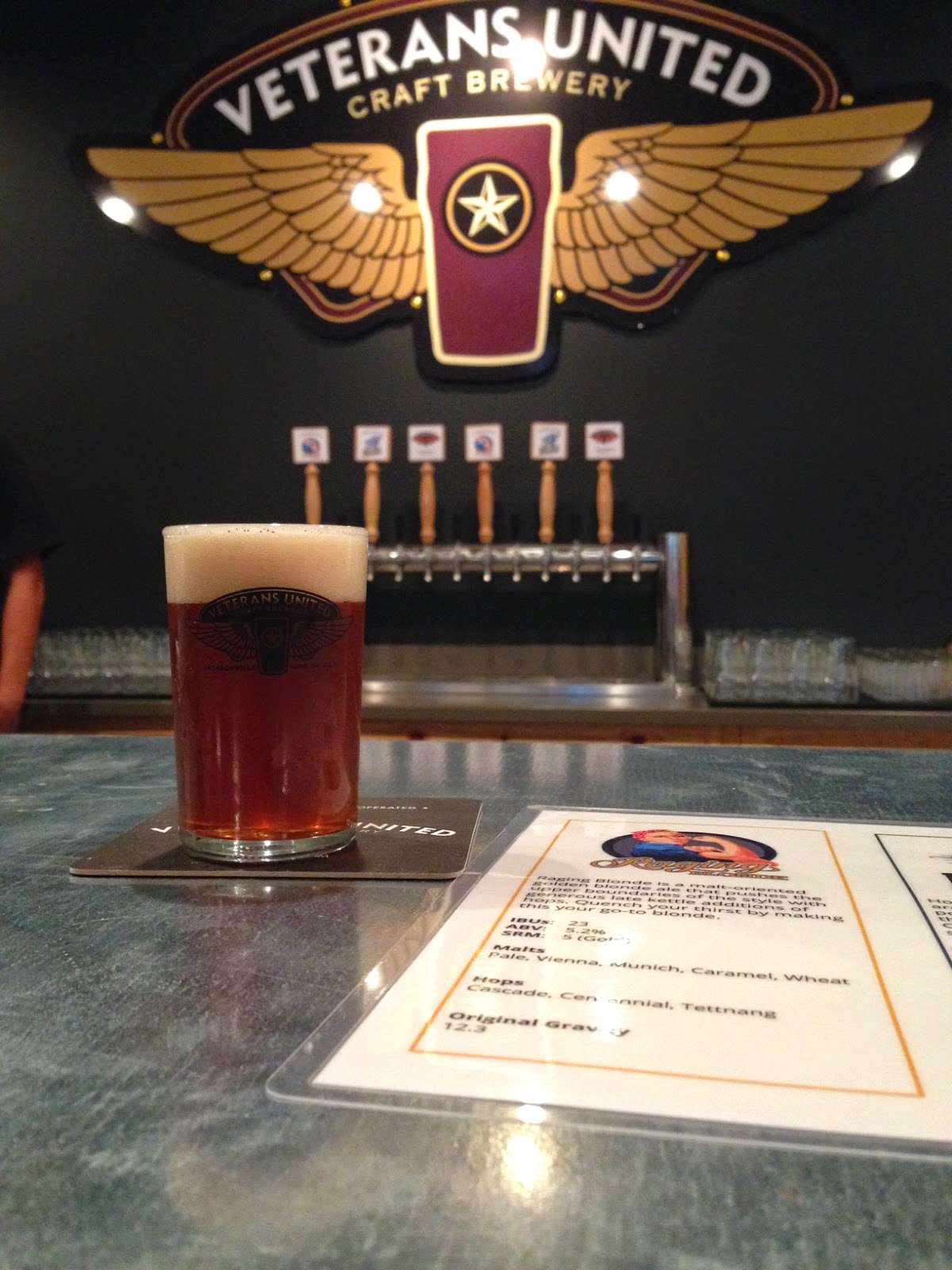 There’s a new brewery in town! Veterans United Craft Brewery opened its doors in August with a huge celebration filled with music, food trucks, and, of course, plenty of beer! Since their opening, they have been making quite the wave around town. There are more than 30 locations where Jax beer lovers can find some VU brew, and that list is surely growing. 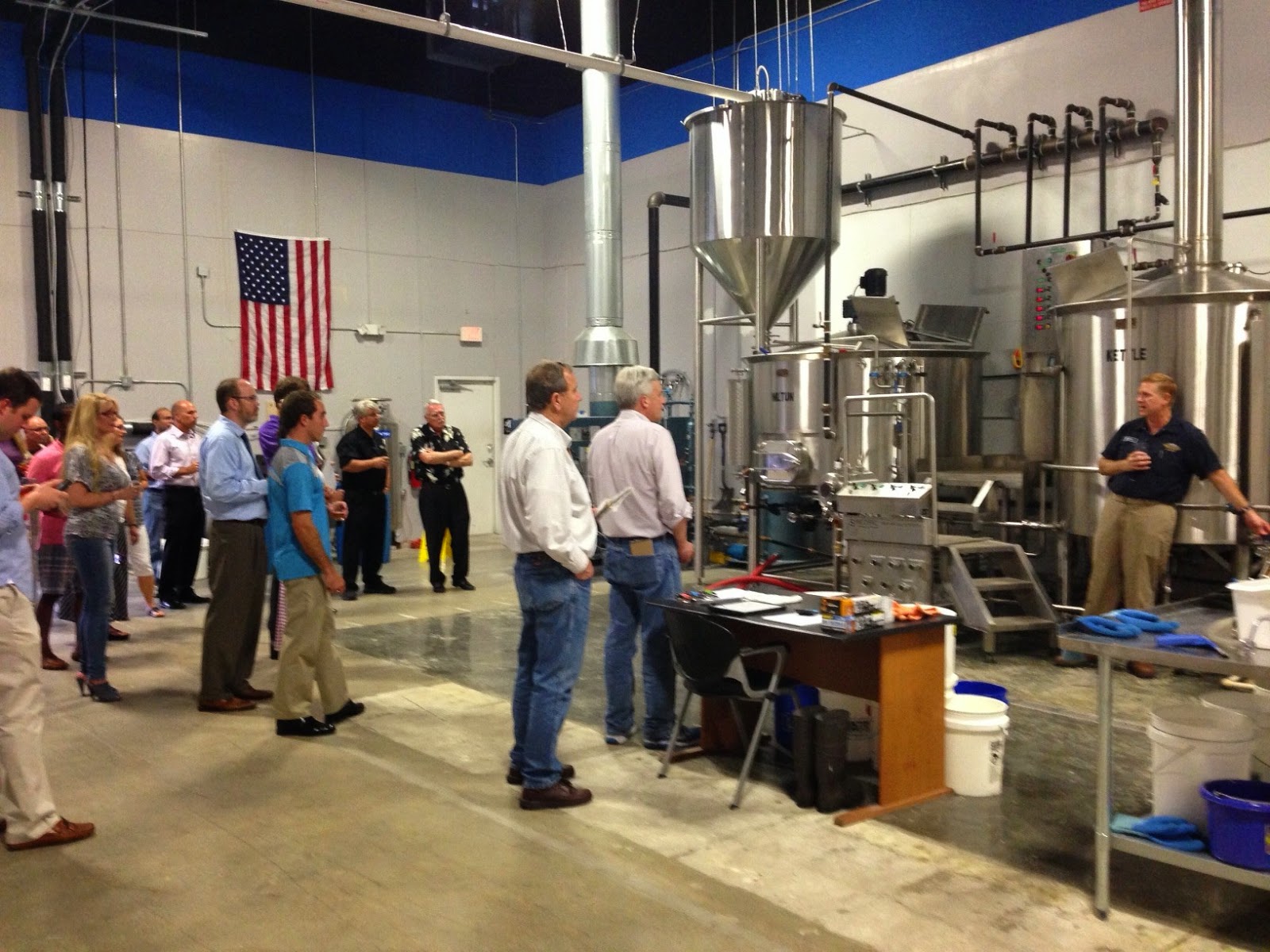 Founder and former Naval Flight Officer, Ron Gamble, was on hand during their grand opening night, and was even giving free tours to those who came out to support. Gamble's passion for brewing comes out in the tours. He was quick to share his story with the crowd of about 20. He mentioned how he had been home brewing since the late 90's and always wanted to open up his own brewery. 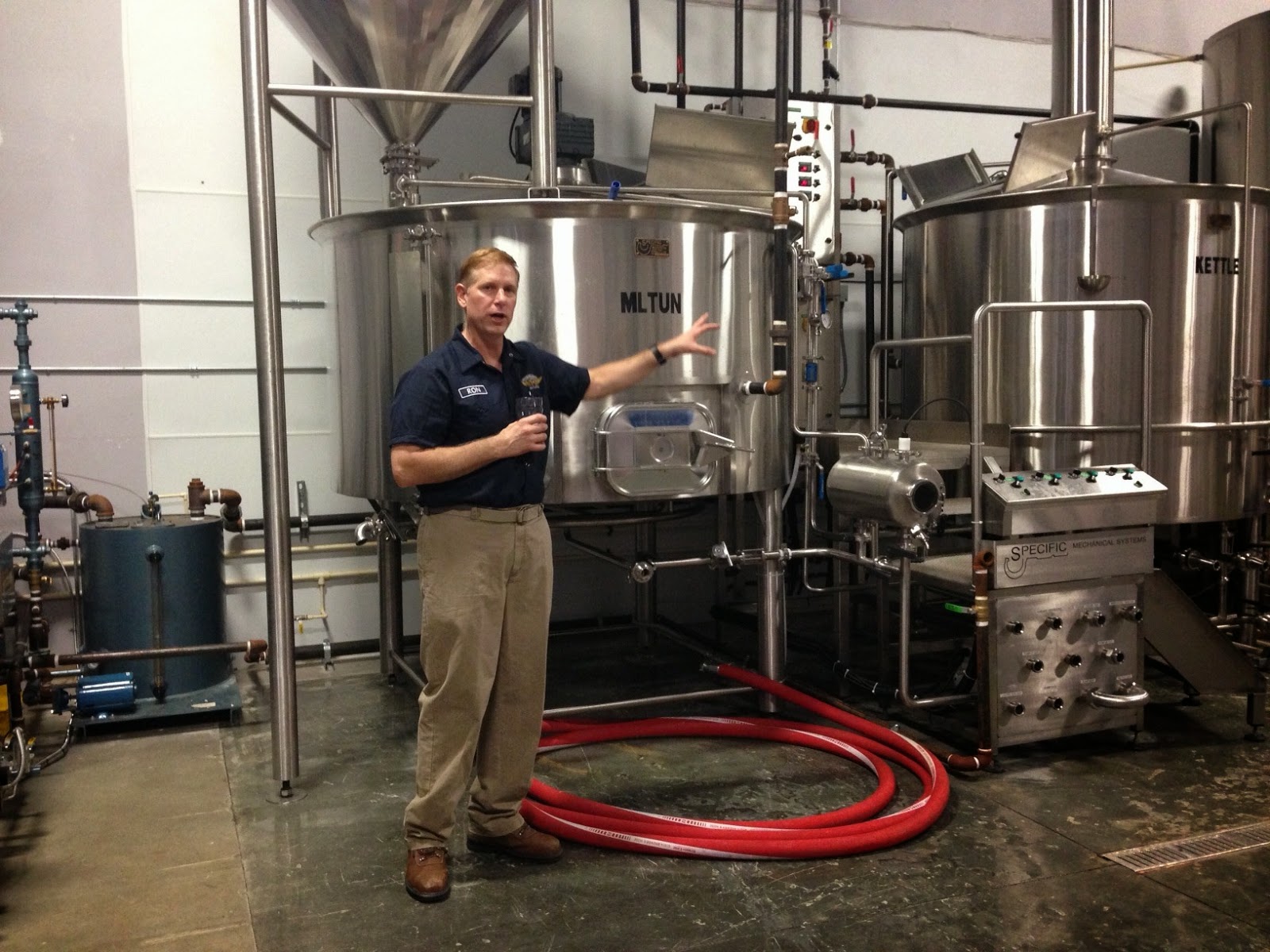 The facility is state-of-the-art and spacious. With room to grow, Gamble's brewing system was designed with the long-term in mind and his personal commitment to the success of the brewery is observable. Nothing about Veterans United seems rushed or ignored. The taproom is beautiful, the people are passionate, and the beer is enjoyable.

At the time of the grand opening, there were three different VU brews being served in the taproom and around the city. That number has already expanded with more set for release soon! In fact, Veterans United recently unveiled plans to release their Cup-O-Joe Oatmeal Espresso Stout, a signature beer that will be tapped in conjunction with the inaugural launch of their Mug Club.

The Mug Club launch will take place on September 20th. For $60, patrons can take advantage of this special opportunity and enjoy benefits such as a personalized mug for the taproom with discounted beer pours, a founding edition t-shirt, and invitations to exclusive events from the brewery. For more information, go to www.vubrew.com/brewery. 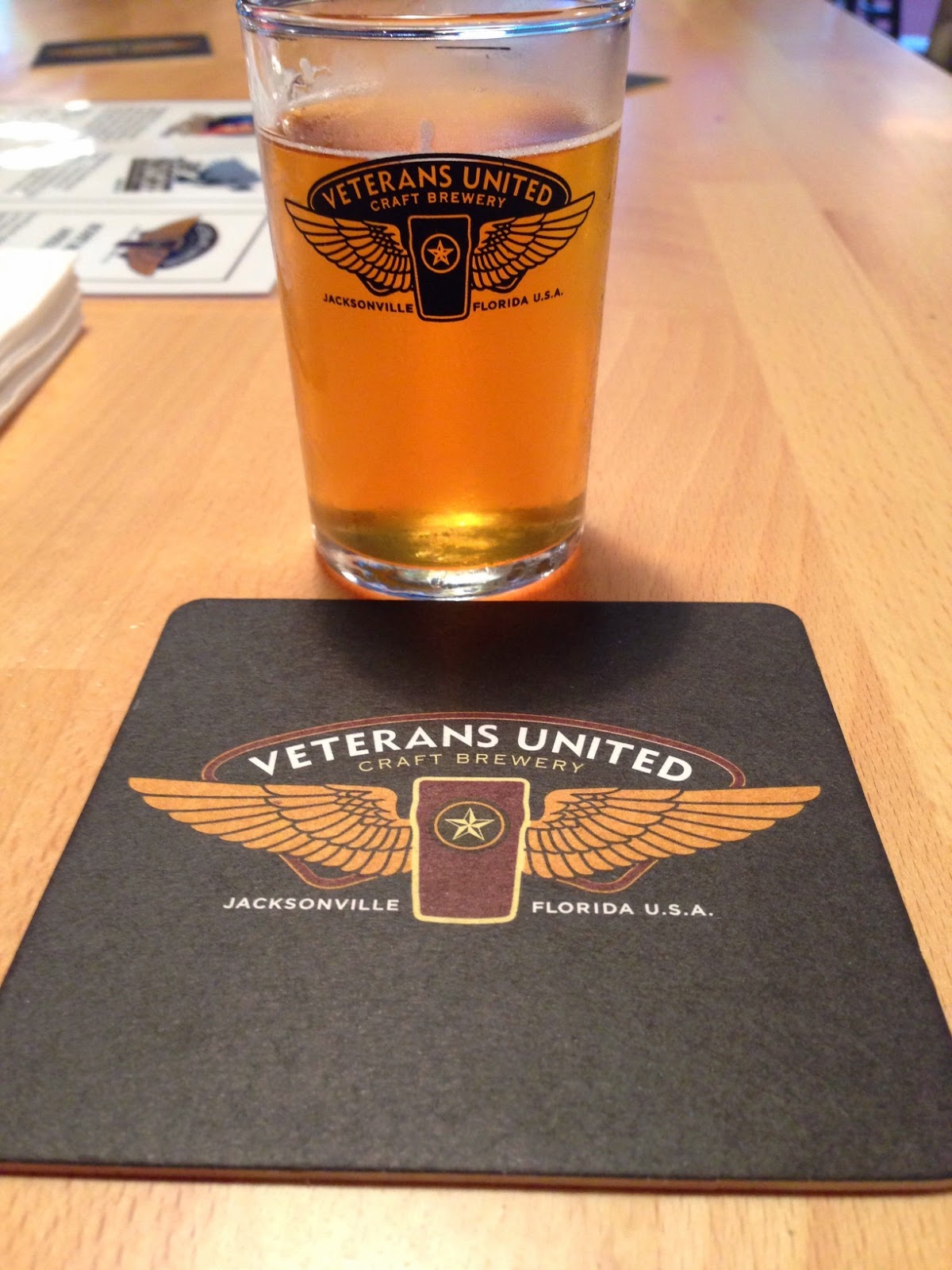 Hopbanshee is their flagship IPA and a beer that I found myself really enjoying during my visit. This is an approachable IPA and one that I expect will be a crowd-pleaser.  At only 66 IBUs, this can be considered a mild IPA by modern standards. Notes: Strong hop aroma, Citrus flavors balanced by a malt sweetness. Clean and refreshing finish. Mild and drinkable.

IPAs, for some, can be intimidating. Not Hopbanshee IPA. I have already told a few of my non-hop-loving-beer-drinkers that Hopbanshee is a beer they must try. They've agreed, and I will be sure to update once they sample it for themselves.

Veterans United Craft Brewery is a place you need to prioritize visiting. The taproom provides a welcoming environment, the beer is good, and the company is even better. If you see Ron there, be sure to approach him. You'll be glad you did, and you'll probably walk away with an understanding of the incredible passion he brings to this business. Oh, and be sure to tell him I sent ya!

Veterans United Craft Brewery is located at 8999 Western Way #104 Jacksonville, FL 32256. The taproom is open Wednesday-Sunday. Order a pint while you’re there or a growler to go! Be sure to connect with them on Facebook and Twitter. 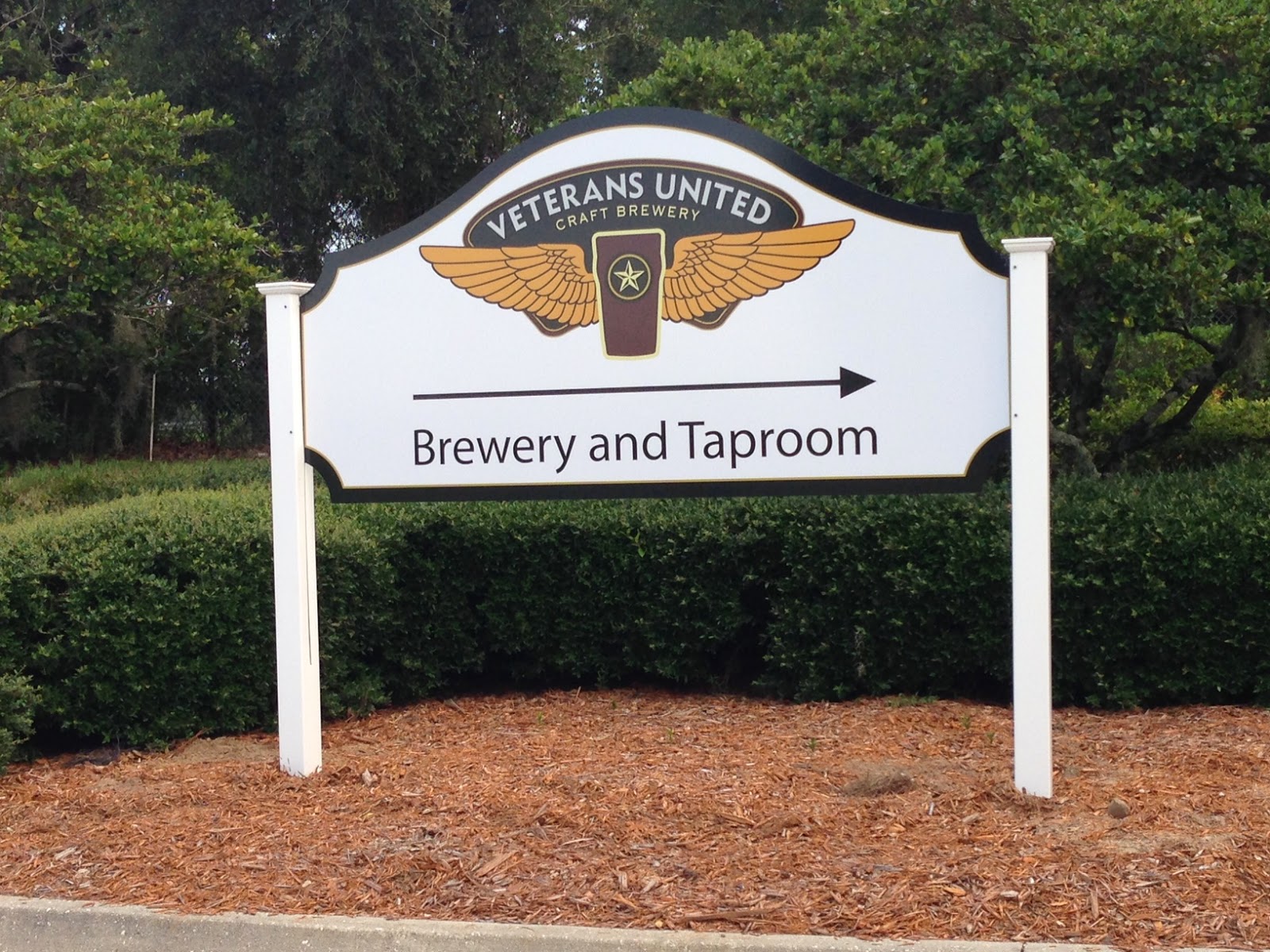