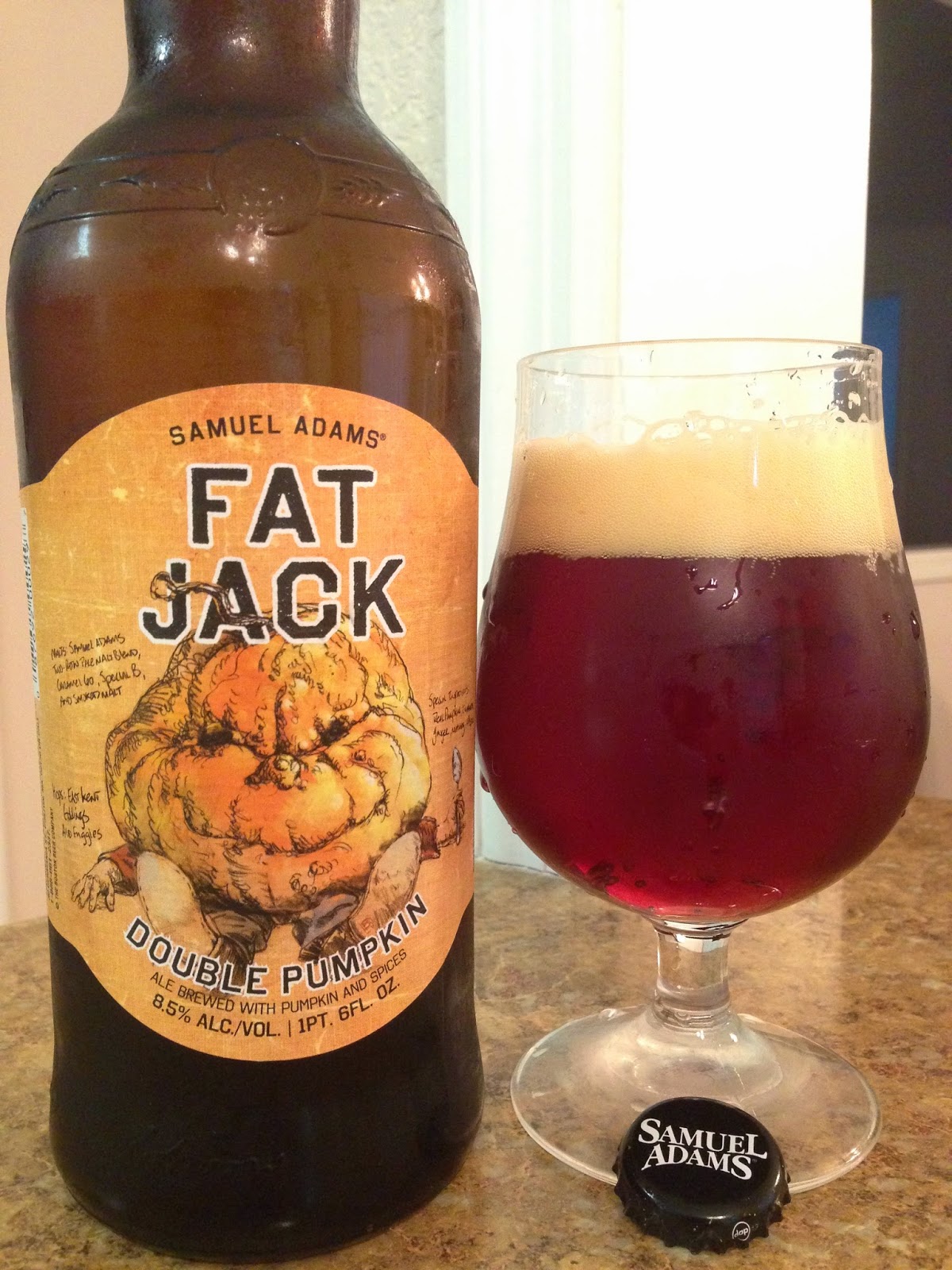 It's the first week of September and pumpkin beers have been on the shelves (and in my fridge) for over a month already! While some have a problem with pumpkin brews being released this early, I really don't see what the fuss is all about. Pumpkins are great. They remind me of the Fall. Living in Florida, I'll take any reason to get my mind off the unrelenting heat of the summer months.

And although I've been sippin' on these beers for weeks, I at least waited until September to post my first pumpkin review. If you think this is even a bit too early, simply bookmark this page and come back in four weeks. For everyone else, enjoy the review below and, as always, let me know what you think in the comments section and on social media. 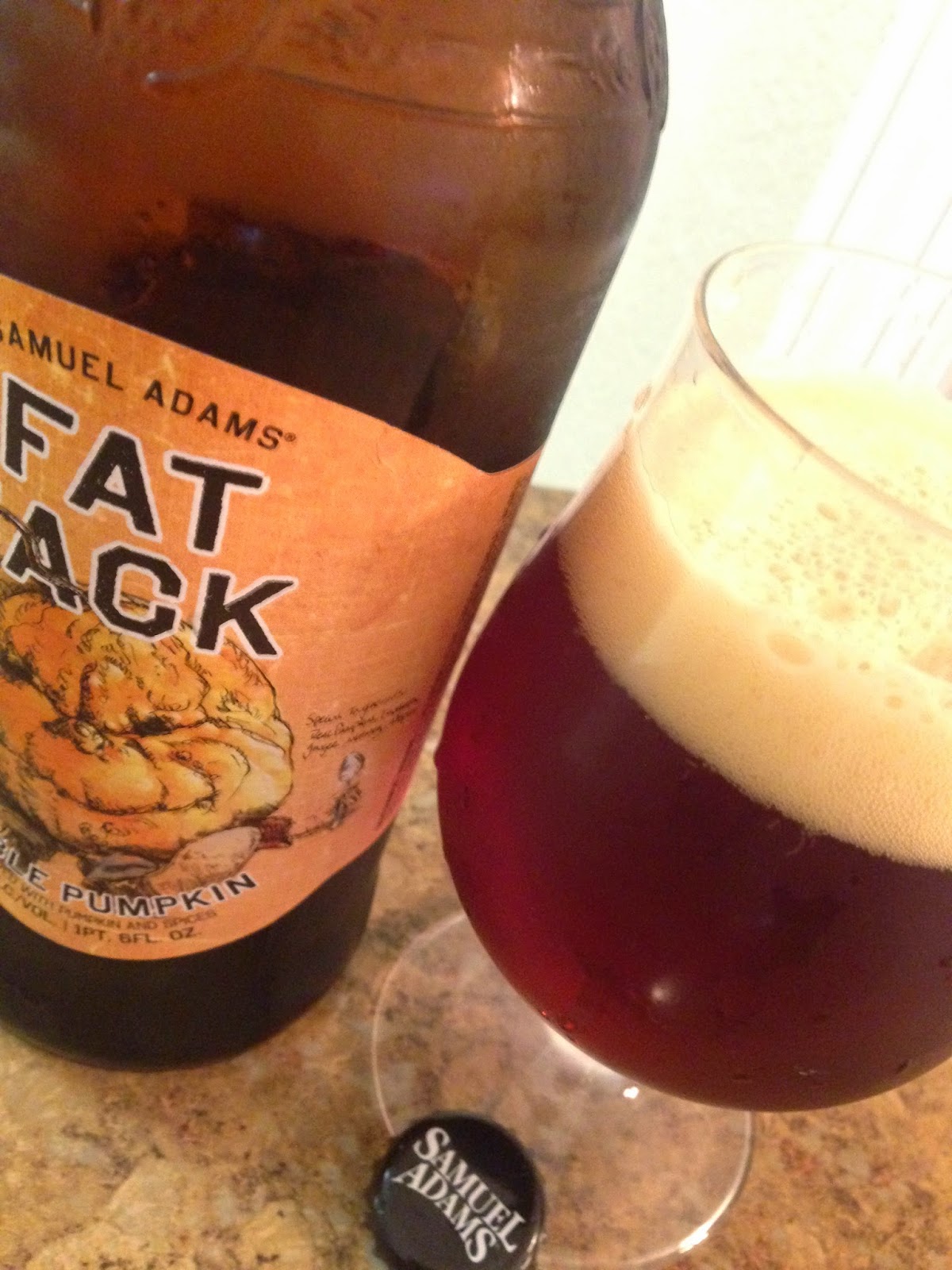 Aroma: Pumpkin spices and booze. I also get a deep malt aroma followed by candied sugar, molasses, and honey.

Taste: As complex as the aromas are in this beer, the flavors really deploy on the palate to create a pretty complex tasting beer. At first, I taste everything that I picked up on the nose: pumpkin and spices, burnt sugar, and molasses. The spices are cinnamon, nutmeg, and maybe clove. Beyond that, there's almost a wine-like presence that's quite nice. This beer is bold and boozy. The finish is alcohol, cinnamon, and pumpkin. Mildly dry.

Overall: This is quite enjoyable. Lots of flavor here. I appreciate that this beer is not sweet. The nose is a bit deceiving. I thought this was going to be overly sweet and spiced. On the contrary, Fat Jack turns out to be quite balanced and feels more like a mulled wine, especially as it warms. I definitely recommend you give this a try.

I will admit though (here it comes...), this beer is a bit heavy, maybe too heavy, to be enjoyed on a hot summer day. I can just imagine how much more enjoyable Fat Jack would be if it were consumed next to an open fire in the middle of November. But then again, I live in Florida, where the middle of November is merely a euphemism for, "Yep, it's still friggin hot in Florida." 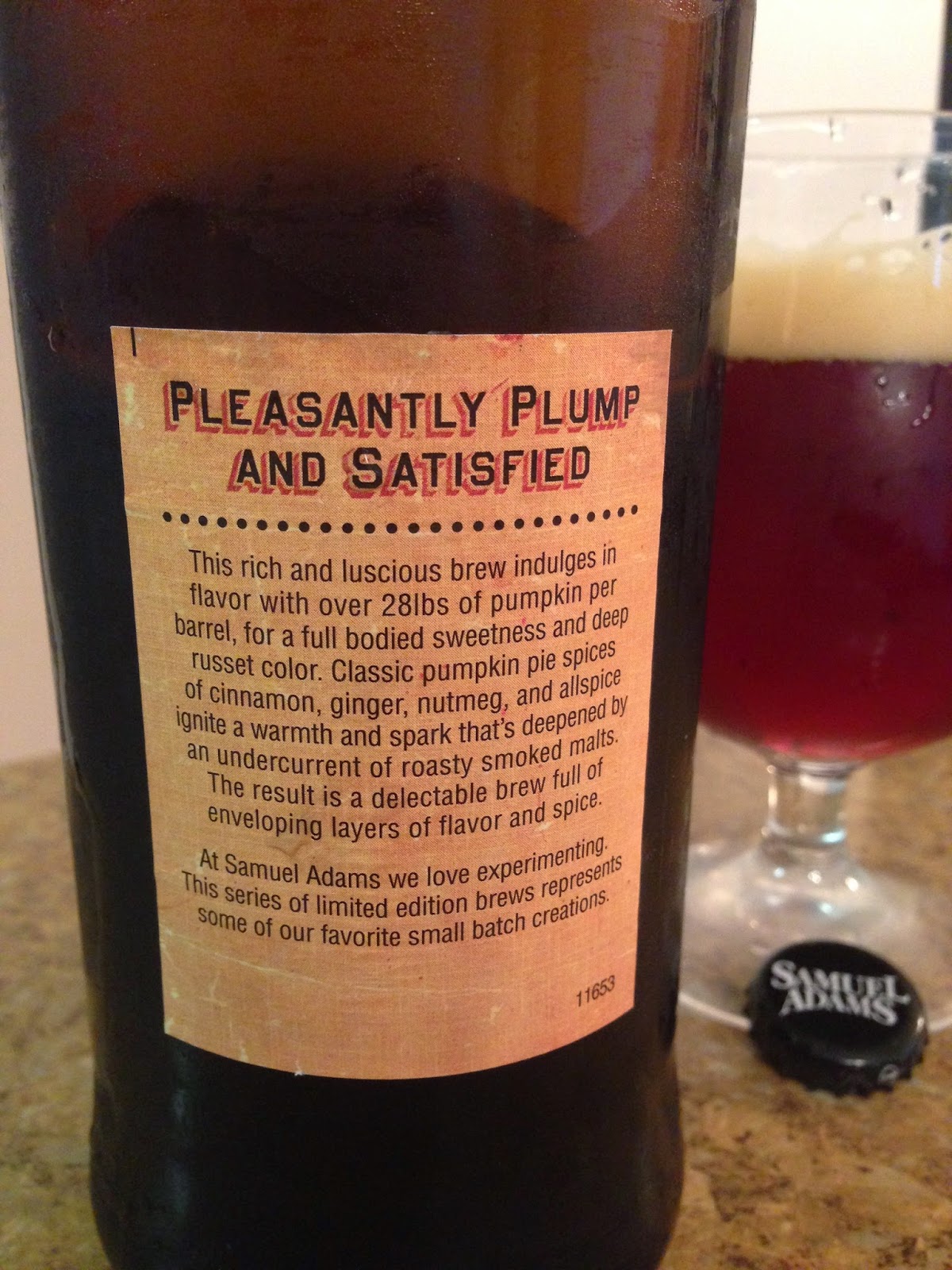