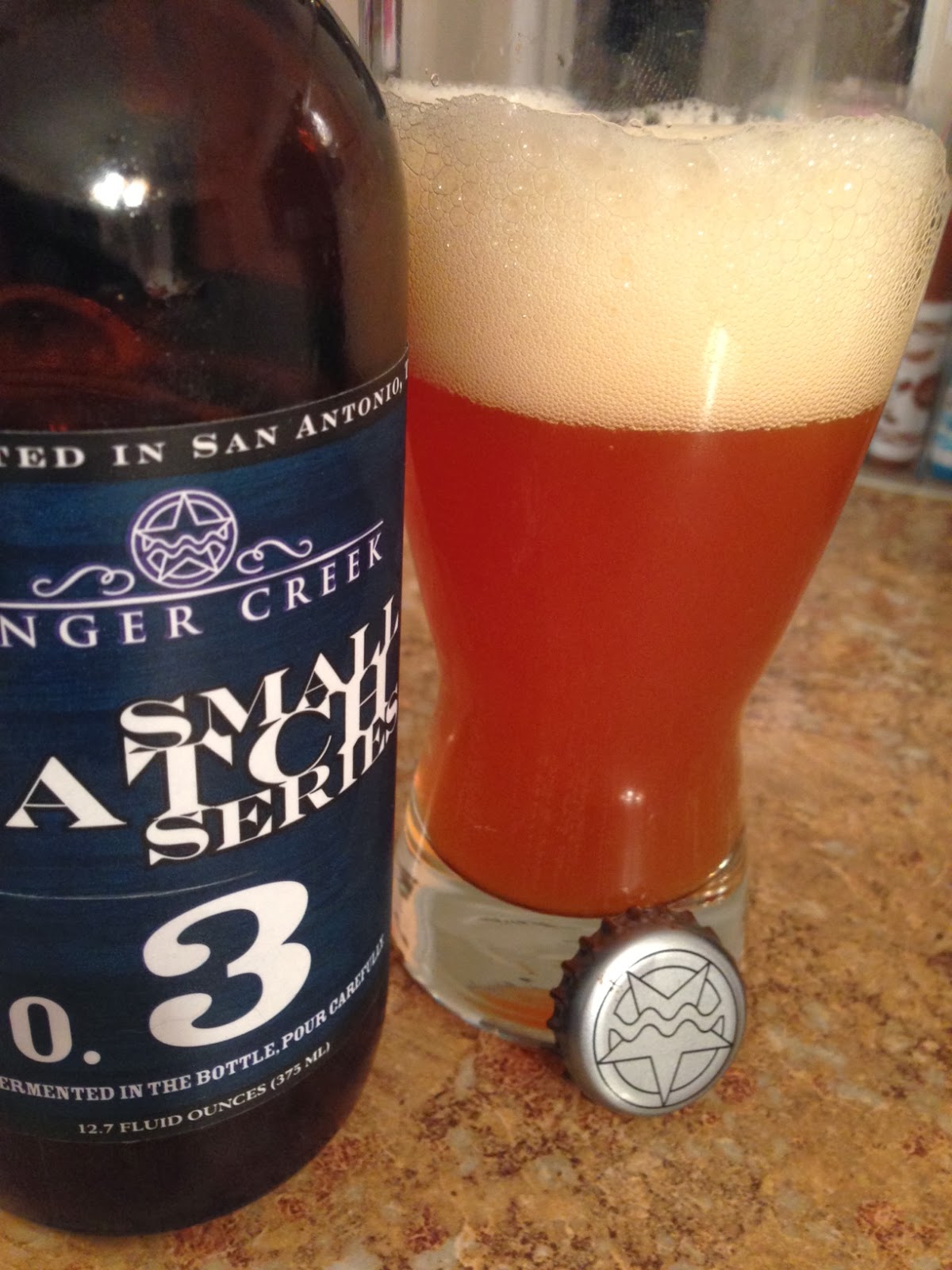 Two weeks ago, I posted a review of Ranger Creek's Small Batch No. 3, and in the midst of the tasting, discovered an obvious case of yeast-gone-bad. This prompted a social media discussion around two questions:
The discussion was rich and plentiful. Some were critical of Ranger Creek, tweeting, "An off batch is one thing, but an infected batch should be unacceptable, no matter the size of the batch/brewery" (@TeeJayJewel).

Others were more forgiving, like @StayHoppyAustin who tweeted, "Had a few infected bottles from @rangercreek as well. Harmed view? Maybe a bit. But have had great ones as well."

I enjoyed reading the comments on the blog and engaging in debates with folks on Facebook and Twitter, but ultimately wanted to hear from Ranger Creek, which prompted me to reach out and see if they'd be willing to shed light on the situation. 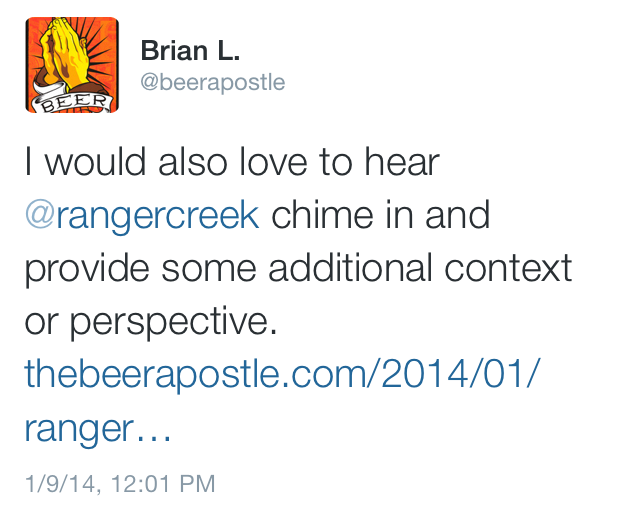 I was interested to gain the full-picture knowledge of what would cause a brewery to release an infected batch, assuming they knew it was infected, of course. 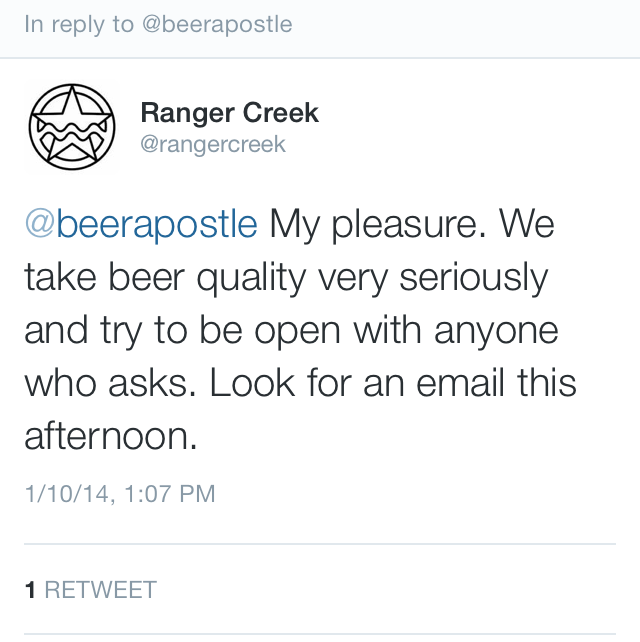 After a few exchanged tweets, I received an email from Mark McDavid, Co-founder of Ranger Creek Brewing and Distilling. Mark's email exemplifies what I love about craft beer. His response was candid and somewhat vulnerable. He apologized for my experience with Small Batch No. 3, and then provided context explaining what actually happened with the beer.


After our launch, we did discover limited quantities of wild yeast in this beer, although it was completely free from bacteria. We began more evaluation and found that the reaction to the wild yeast flavors was limited to certain bottles and varied depending on the individual's taste buds and whether it was stored warm or cold. We have been cellaring cases since the release and trying them regularly, and we very much enjoy and appreciate the flavor and complexity of SB#3. Consumer feedback and our internal assessment made us make the decision to continue sell and cellar this beer.

That said, it was not what we intended and below the standards that we set for our brewery. Since then, we have changed our head brewer and implemented an internal lab program that guarantees the highest level of control for our beers.  In addition to sensory evaluation we do wild yeast and bacteria tests at multiple stages before release.

There are two things about Mark's email that impressed me greatly. First, he cuts right to the point and admits that the beer hasn't performed at the level he wanted. So much so, that Ranger Creek has since changed their head brewer and added more lab testing to prevent this from happening to future batches. Secondly, Mark explains that he has been intentional with his decision to not only sell the beer, but he is cellaring Small Batch No. 3 for (presumably) future tastings and releases.

Mark McDavid's response to consumer feedback (including his tweets to me) is what I love about the craft beer industry. There is a genuine care for the consumers that isn't always found in other markets.

Any skewed view of Ranger Creek that I may have had after tasting an infected beer is wiped away because of Mark's response and openess in talking about what happened with the batch and how the brewery has since made adjustments.

Mark has offered to send me additional bottles from Ranger Creek's Small Batch Series, and I will be sure to add my reviews of those beers and continue this narrative.

But for now, cheers to Ranger Creek, Mark McDavid, and everyone who contributes to such a positive culture in the craft beer community! 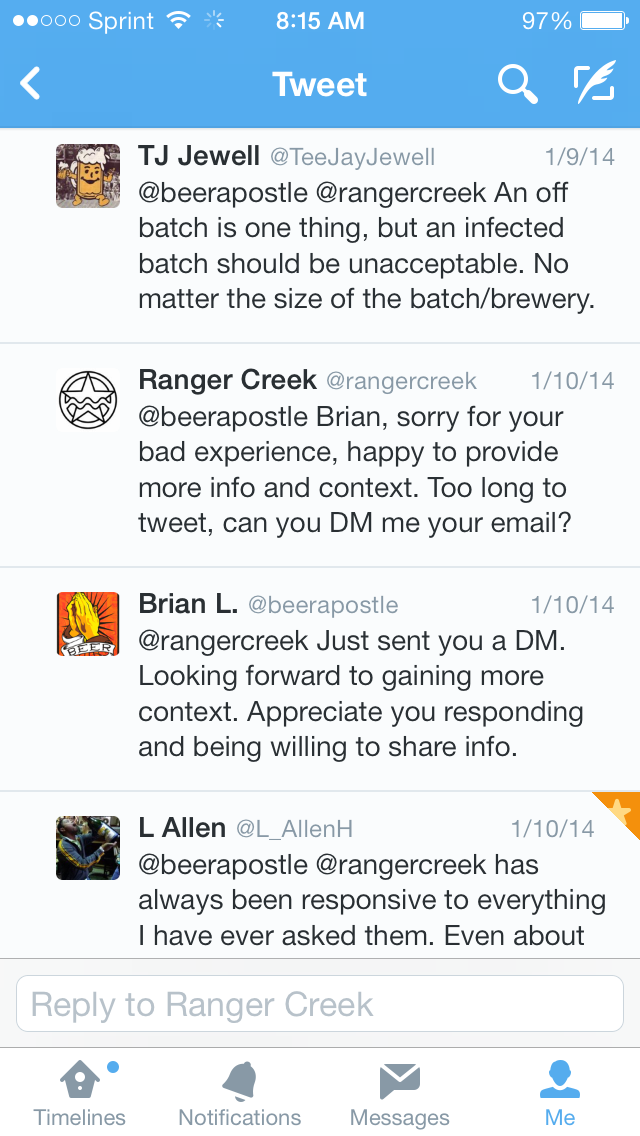