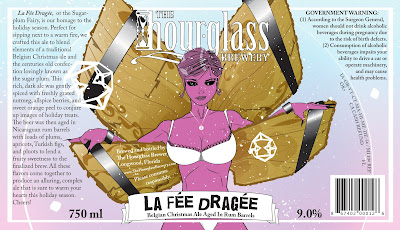 In French, La Fée means "The Fairy" and Dragée means "Confection." La Fée Dragée, or the sugar plum fairy, has been inexorably linked to the Christmas season since the 1800s when these dancing fairies were immortalized in Tchaikovsky's, The Nutcracker, and Clement Clarke Moore’s idyllic poem, “A Visit from St. Nicholas”. La Fée Dragée is a beer modeled after sugarplum candies befitting any holiday occasion.

Bottles will be available for purchase at the brewery on December 19, 2015 beginning at 11 a.m., along with limited distribution in Orange and Seminole counties. They will be priced at $18 each. Special Holiday 4-packs will also be available: 2 bottles of La Fée Dragée and 2 bottles of Nut Squasher Bourbon Barrel Aged Autumn Ale for $60.

About The Hourglass Brewery 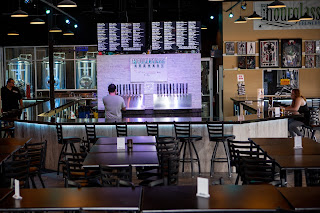 The Hourglass Brewery is a 10 bbl production brewery in beautiful downtown Longwood, Florida. Currently, the facility is 8,000+ sq/ft and growing with 4,500+ sq/ft dedicated to a state of the art taproom and music venue for locals and tourists. Further expansion in early 2016 will include additional 20 bbl fermenters, a canning line, and a wild ale fermentation room.

Known for making unique specialty brews throughout the year, The Hourglass Brewery also offers a number of flagship ales available year-round. Their extensive barrel fermenting, aging, and wild ale program produces frequent bottle releases, so keep your eyes peeled for the next one soon!
at 11:11 AM